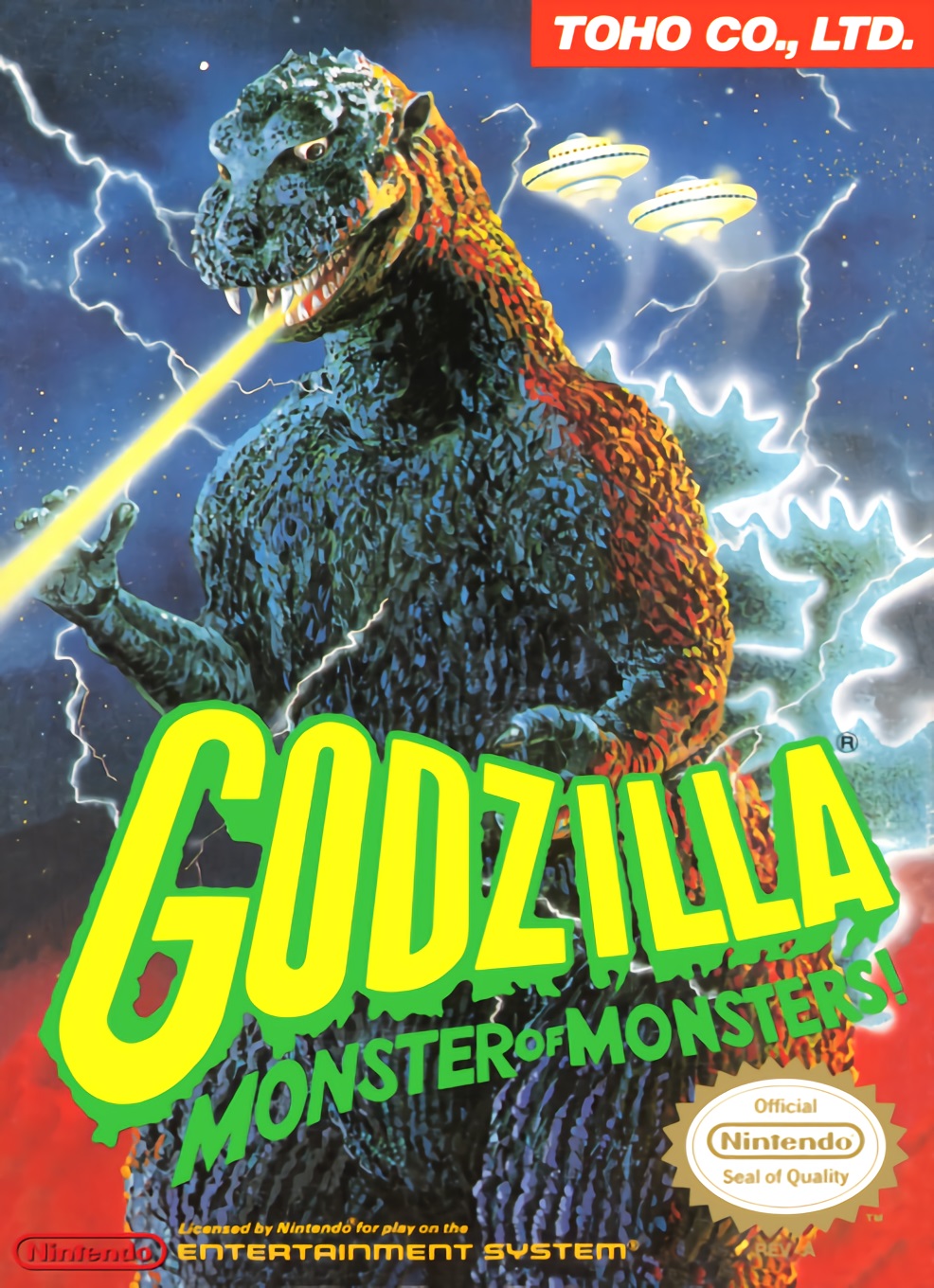 Godzilla is a game of alternating turns between the player and the AI. On each turn, the player may select either Godzilla or Mothra and move them across a hex field map taking place on one of the planets of the solar system. Any tiles of the hex field that are crossed must be battled through by the selected monster during an action sequence with side-scrolling gameplay: dodging obstacles or destroying them, battling smaller enemies and evading projectiles. Enemies and obstacles encountered depend on the terrain type, which include mountainous, jungle, volcano, alien city, underwater and special. Encounters against enemy monsters on the map may also take place. These boss battles last 90 seconds, with either one side's monster being defeated or the turn ending.

Mothra can move four tiles each turn and has additional mobility through her flying. She fires red laser bolts from her eyes and can unleash special pollen bombs that she drops at an angle downwards. Godzilla can only move two tiles each turn but is the stronger creature. He can punch, kick, swipe with his tail, jump and unleash radioactive breath on everything in front of him.