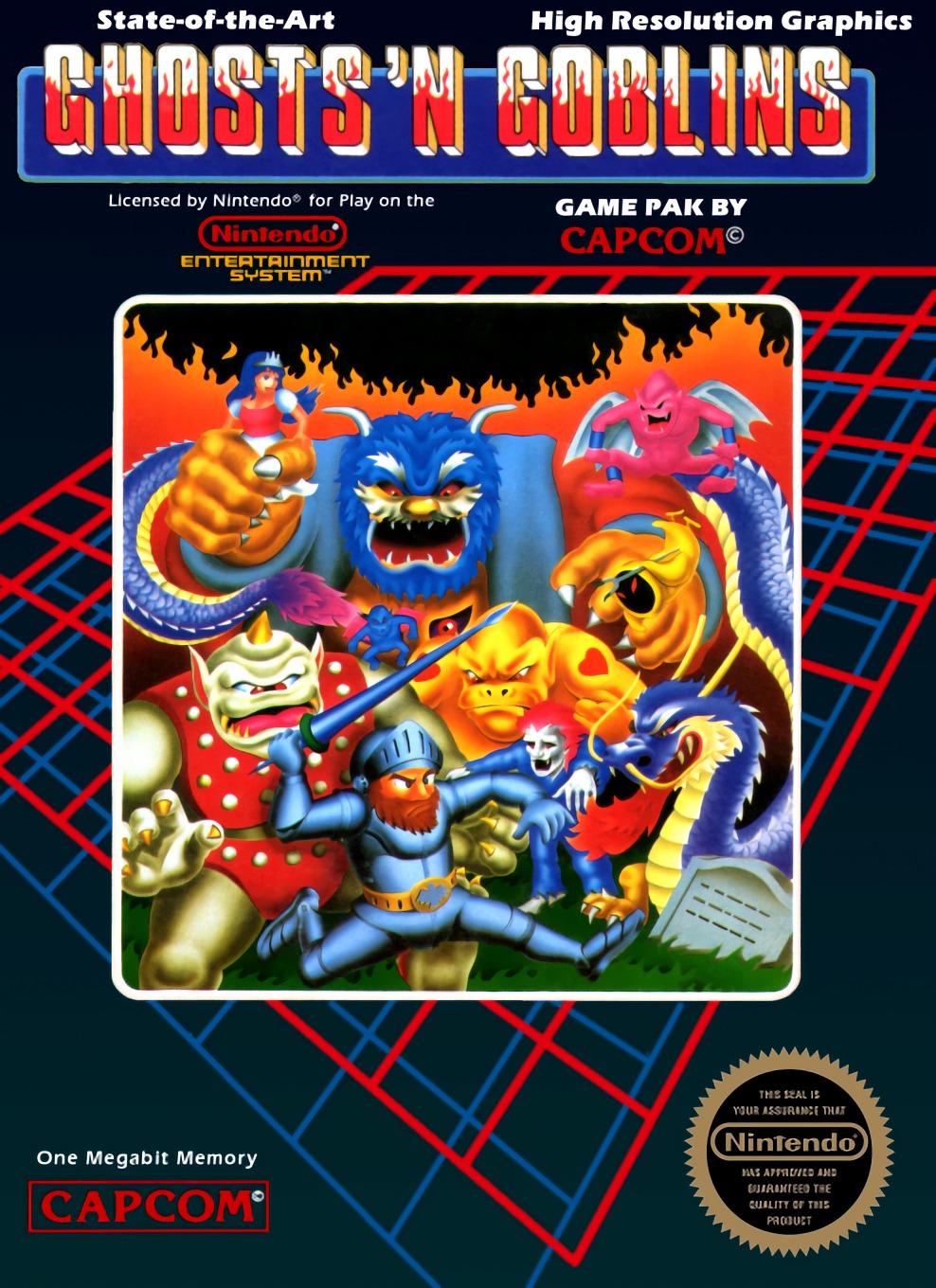 Ghosts 'N Goblins is a sideways scrolling action platformer spread over six levels, each of which must be completed within three minutes (or a life is lost), taking in forest, village, mountain and cavern settings with increasing difficulty.

Arthur the brave knight must rescue his beloved Princess from the Demon King Astaroth and his forces - amongst them are the various undead (ghosts, zombies), bats, ogres and goblins. Other challenges include moving platforms, ladders and water/fire hazards.

The player can walk left and right, jump, and is also equipped with a lance to use as a weapon. Getting hit by enemies causes Arthur to lose his armor and run around in his underpants, getting hit again will cause the player to lose a life. As in most games in this genre, the player can pick up power-ups such as daggers and bombs during the course of the game, giving the player greater firepower.