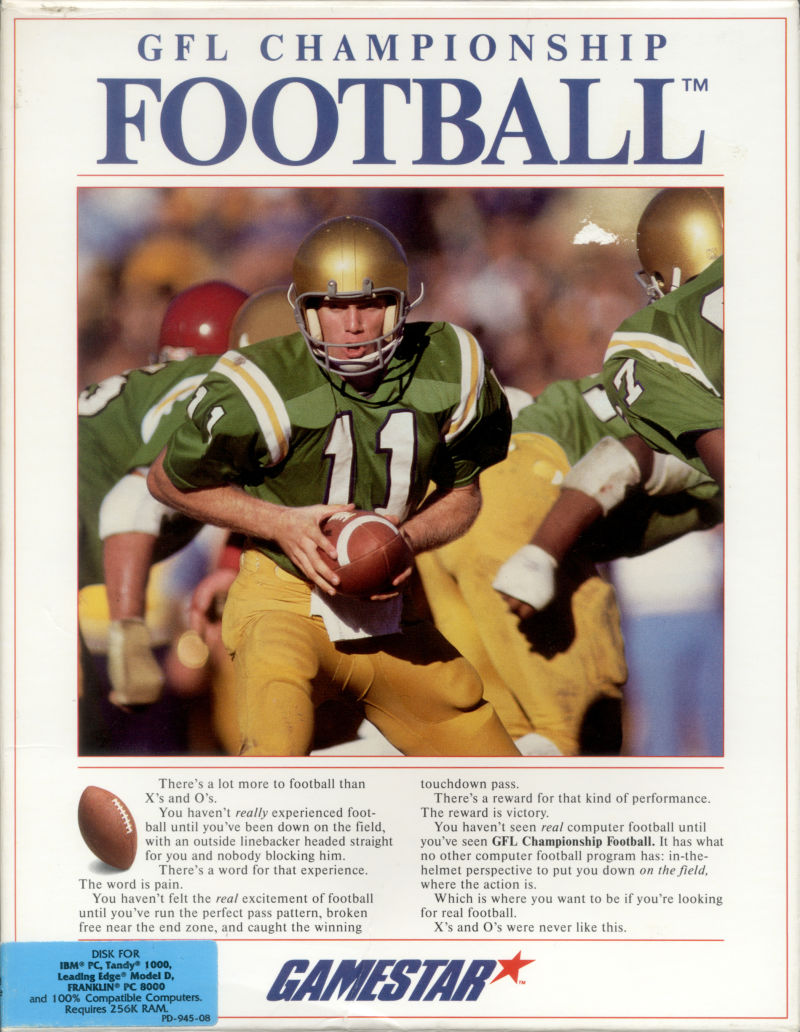 By RomStation : January 3, 2020
This must be one of the earliest team sport games to use a first-person view � the packaging mocks the Xs and Os used to represent players in contemporary Gridiron games. What you see is what the player sees � control and viewpoint passes from the kicker to the receiver on a punt or kickoff, and the quarterback to the running back or receiver on a pass or kick. Releasing passes involves rotating the controls to select the pass direction. To take the ball, aim the visible hands in the centre of the screen.

There are 28 teams split into four divisions; their names are fictional (including the Seagulls, Mustangs and Geronimos), and each is rated out of 3 on 8 areas of skill. Matches last for 4 quarters of either 4 or 7 minutes' in-play time. Menus to select plays or teams involve using diagonal movements for selection.

Standard Gridiron rules apply � gain 10 yards in 4 attempts (downs) without fumbling or having a pass intercepted; kick a punt or field goal if you are about to fail at this.