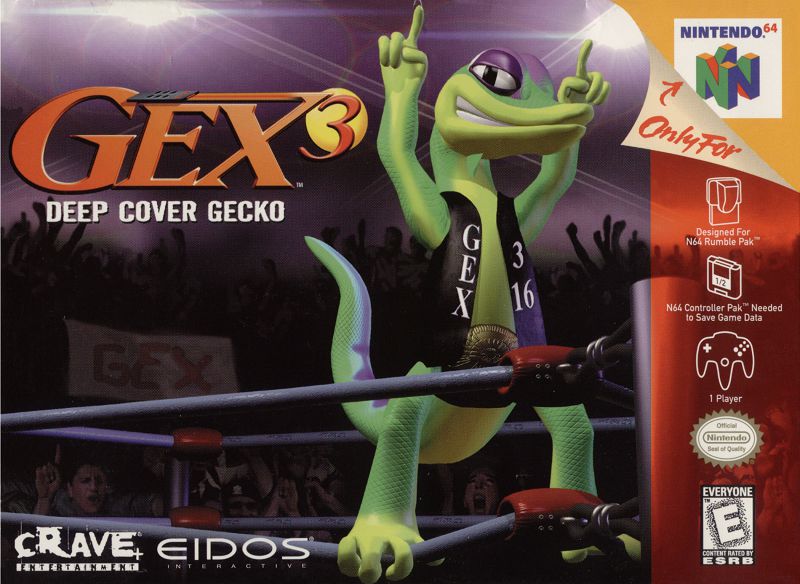 By GambierBae : February 6, 2019
Gex must rescue Agent Xtra from the grips of the fiend, Rez. Gex goes undercover through many levels to try to find Agent Xtra. Each level parodies a certain aspect of television culture. Gex enters each level through a television set. He must collect remote controls to advance to the next level.

Even a lost island hideaway in the wet South Pacific isn't far enough away from the long arm of Rez. While GEX was whiling away the hours living on the fruits of his recent successes, the madman of the Media Dimension was working on his new hobby - secret agent-napping. Agent Xtra was now struggling for her freedom as a hostage in the lair of Rez. As a master of disguise, GEX had his work cut out for him. Another descent into bad TV movies is at hand. To the GEXCaves!