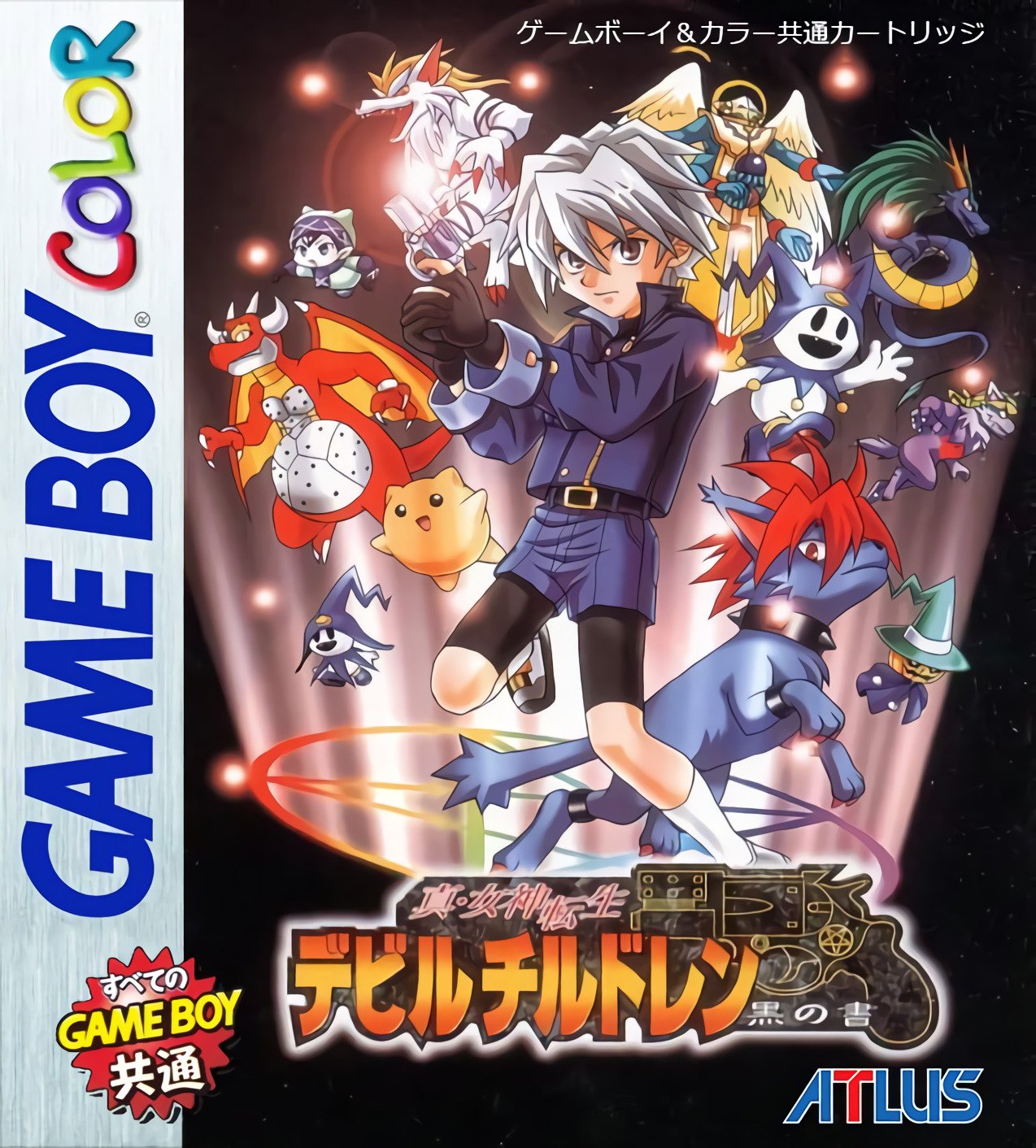 The dark world of Megami Tensei (Megaten), with its heavy demonology and complex religious and moral problems, becomes much more cute and friendly in "Devil Children". The Black Book edition tells the story of Kai Setsuna, a boy who studies in the fifth grade of Harajuku Elementray school in modern-day Japan. His younger brother was abducted by monsters. With the help of his sidekick Cool, a one-headed Cerberus demon, Kai have to stop the demonic invasion from another world.

Similar to Pokemon, you can "collect" demons, raise them, and make them fight for you. This gameplay feature also continues the tradition of Megami Tensei universe, in where demon summoning has always been an integral part of the games. This is basically "Megami Tensei for kids".

A huge thanks to Specialagentape for this translation