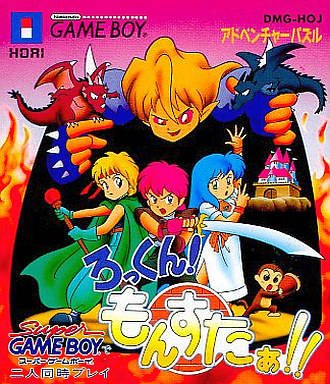 By Perichor : November 24
Rock'n! Monster!! is a puzzle game, and more accurately a Tetris-like game, only released in Japan for the Game Boy. In single or multiplayer mode, players have to line up four coloured blocks in order to make them disappear and earn points. All blocks are of the same shape. Some other blocks are made of two colours and harden the gameplay, allowing players a myriad of manoeuvres.