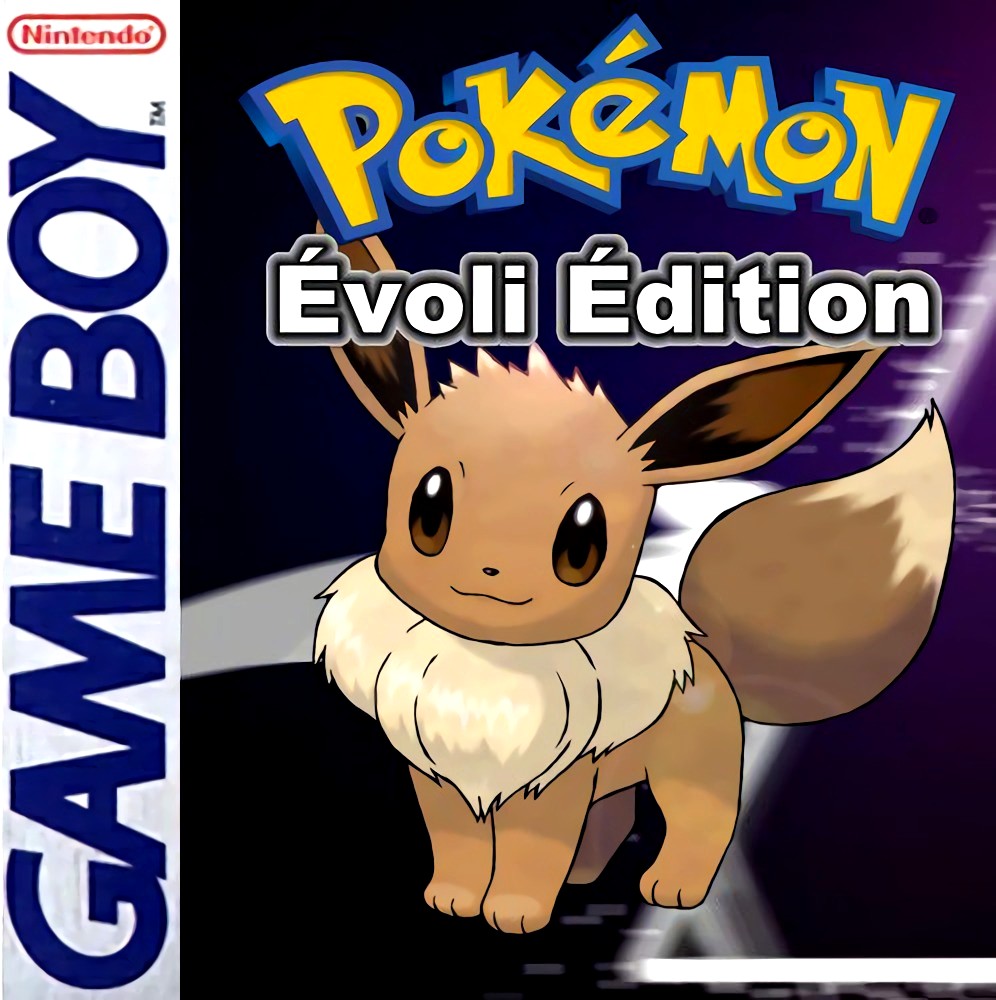 Have you ever dreamed of playing Pokémon Yellow Version with the Eevee that stole your rival? Because if it is the case you can now!
The adventure is identical, the rival have a Pikachu and you an Eevee that Professor Oak catches.
The evolutions that are made only by exchange can be natural (ex:Haunter-> 40-> Gengar).

Pokémon Évoli Édition, along with Pokémon Blue and Pokémon Red forms the first generation of Pokémon games. You control a number of fictional animals known as Pokémon and must travel the land using your current Pokémon to defeat and capture more.