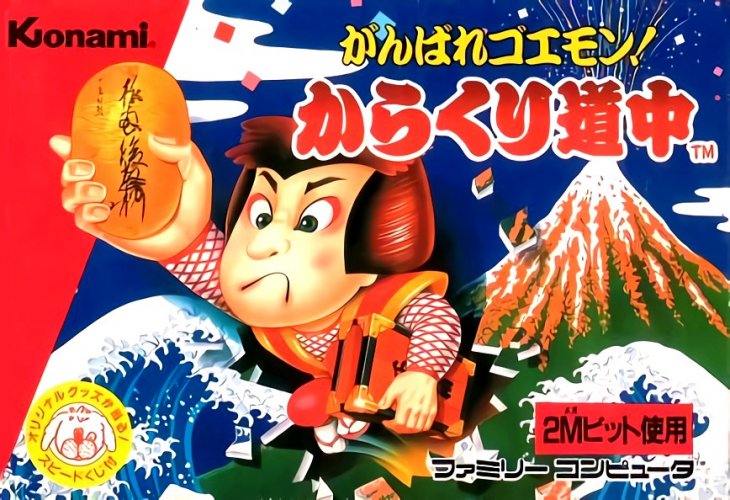 By Perichor : September 14
First title in the Ganbare Goemon game series of action/adventure titles. Karakuri Douchuu stars Goemon as he has to make his way through several parts of feudal Japan fending off bandits and other evil-doers.

The game is played as a side-scrolling beat 'em up, but with the added challenge of having to find the exit for the maze-like stages besides beating all the baddies. Goemon fights using his smoking pipe, but he can upgrade his weapon with power-ups found in the game or bought at several shops using the money collected from fallen enemies à la River City Ransom. Features hot-seat alternating 2 player gameplay.

The main text is 100% done but the secret endings are not translated.