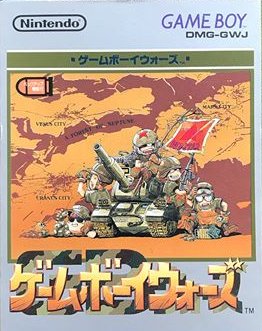 By Apharel : June 10, 2020
The second entry in Nintendo's Wars series pits two parties against each other: it's the Red Star army versus the White Moon army in turn-based battles over 16 maps, which, unlike in the previous game, are arranged in hexagonal grids.

On each map, the goal is to either destroy all enemy forces or capture the enemy's capital city. 24 different troop types are available, which can be given various orders from attacking enemy units to supporting friendly ones to besieging or capturing enemy cities or installations. Battles are shown as small animated sequences.

Building (and repairing) units requires income, which is generated by occupying cities or production facilities. What units can be constructed where depends on the building type: factories and cities build land units, airports and harbors are required for air and sea units, respectively.

The game offers a battery-based save game feature even in the midst of playing a map, as well as a two-player feature, with two players sharing a Game Boy and taking turns.