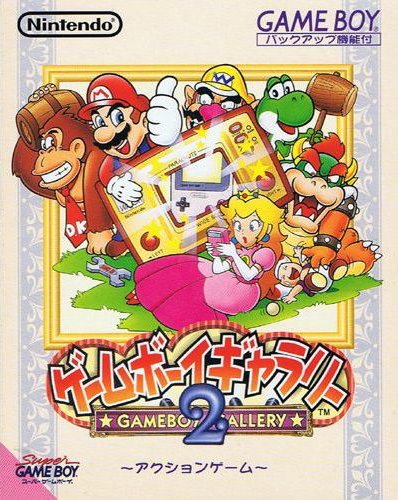 By Apharel : June 10, 2020
Game & Watch Gallery 2 features five original Game & Watch games from the 1980's plus five re-mixed versions in full color featuring a cast of characters from the Mario world (including Mario, Peach, Yoshi, Luigi and more). The games included are:

Helmet: Run around the arena while trying to avoid falling objects.

Chef: Catch falling pieces of food and cook them to feed to customers.

Vermin: Move around the arena and whack the characters to climb out of the holes in the ground.

Donkey Kong: The original Donkey Kong game, where as Mario the player must stop Donkey Kong and save the Princess by collecting keys and dodging falling obstacles thrown by Donkey Kong.

The player's high score is tracked on each game variant—classic and modern, with an easy mode and hard mode variant of each—and for every 200 points they score in a game's variant, they are awarded one star, up to five for each game variant. The more stars a player has, the more additional features they unlock, including a sound test, additional Game & Watch games (in classic form only), and a sixth modernized game:

Ball: Juggle a collection of objects. Unlike the other games in the collection, dropping one instantly ends the game.