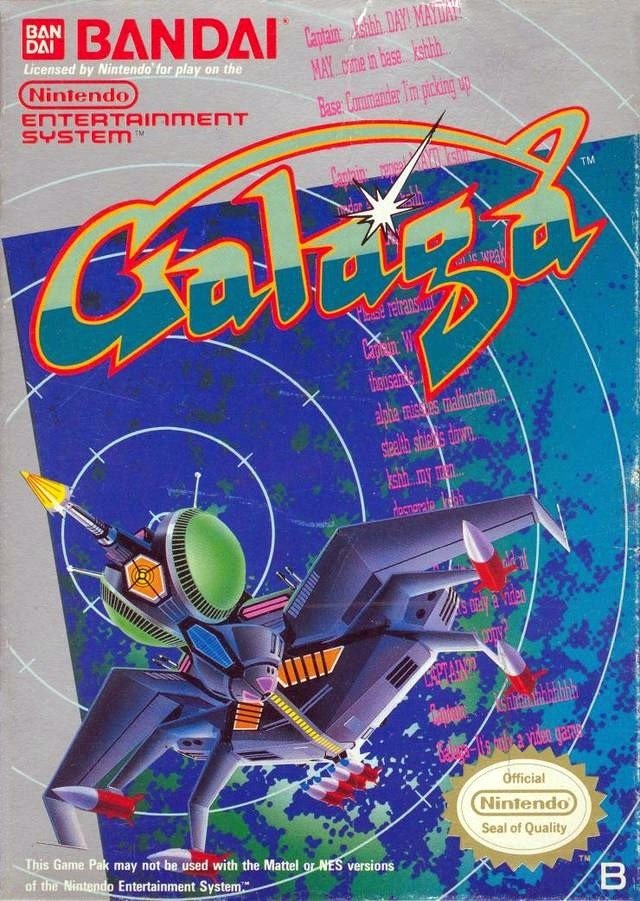 Galaga is a vertical arcade shooter from Namco. You control a space fighter at the bottom of the screen, scrolling left and right in order to avoid oncoming bombs and kamikaze attacks from alien invaders--and to fire your own missiles to fight back!