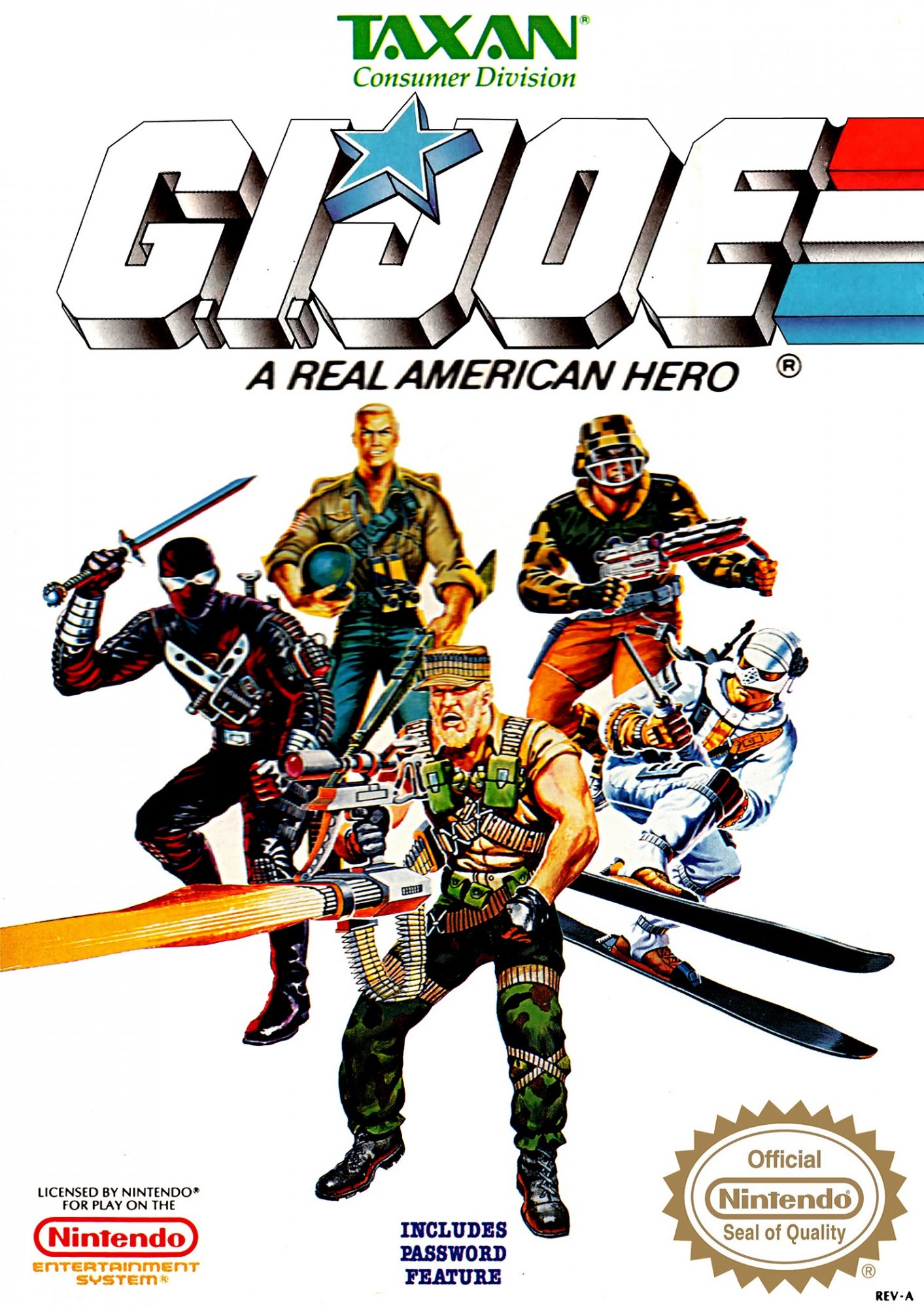 By TompouceGabriel : October 6, 2016
G.I Joe is a side-scrolling action game where you can select 3 out of a possible 5 characters to complete a mission.

The actual mission zone is a maze, where the object is to place bombs at pre-determined locations, then find and use the exit. The mazes start out easy with the first one being only two screens high and 4 long. Level 6 is 7 by 8 for a total of 56 screens.