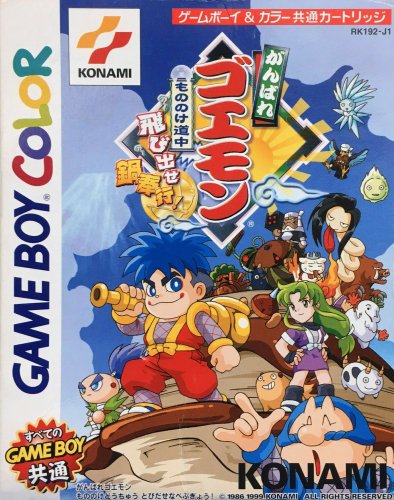 By Perichor : September 16
Another RPG title for the Ganbare Goemon series. Once again you take control of the wily adventurer Goemon and his buddies as they travel through feudal Japan fighting evil in its wackiest incarnations. This time around an evil warlord seems to have taken control of Edo castle and used the place to flood all of Japan with strange demons.

The gameplay is similar to the other RPGs in the series, in which you control your party from an overhead map and explore each area getting quests and items in order to advance the main plot. While you control a party, combat is strictly one-on-one, as the game attempts to join the Pokémon craze with "dueling" combat between individual monsters. Additionally, you can capture and train the monsters you defeat, and even upgrade them or merge them with other creatures to obtain additional powers. The game can also connect with the similarly-themed Mononoke Sugoroku for the N64, in order to transfer and exchange monsters between both titles.