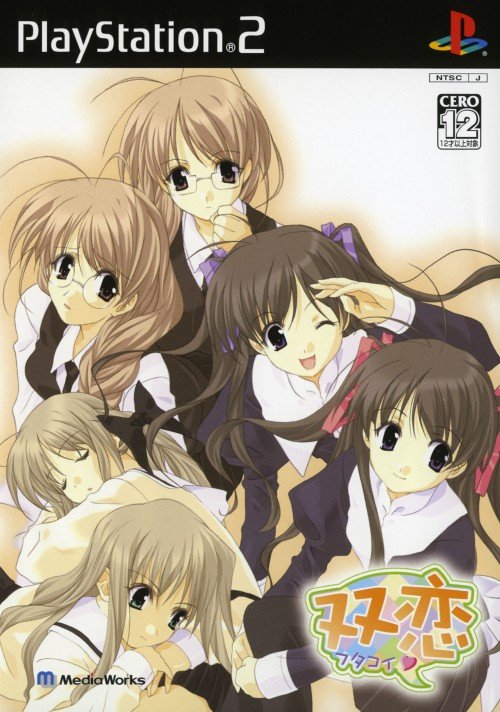 By Nanoman6666 : May 16
Futakoi is a light novel, visual novel and anime series created by Hina Futaba and Mutsumi Sasaki. The anime series aired in Japan in 2004. It replaced Sister Princess as Dengeki G's Magazine premier flagship title.

Futakoi is a conversation game that features over six pairs of twins. The objective is to bond with pretty young twins via what the developer calls a "twin view mode." Players use a multiple choice system to have conversations with the girls and try to keep a perfect balance at all times. If "twin view mode" isn't enough novelty for you, consider that Futakoi also introduces the "love junction system" -- which is just a fancy term for branching storylines, of course.

The story begins with Nozomu Futami returning to the town where he was born and raised as a child. He moves in near a shrine which houses a legendary stone that was rumoured to have been the place where twin girls turned into birds. The stone is rumoured to be the cause of an abundance of twin girls who are born in the town. The twins who turned into birds did so because of their love for a man who couldn't choose between them. Shortly after Nozomu enters town he begins to run into the same problems as six pairs of twins fight for his love.