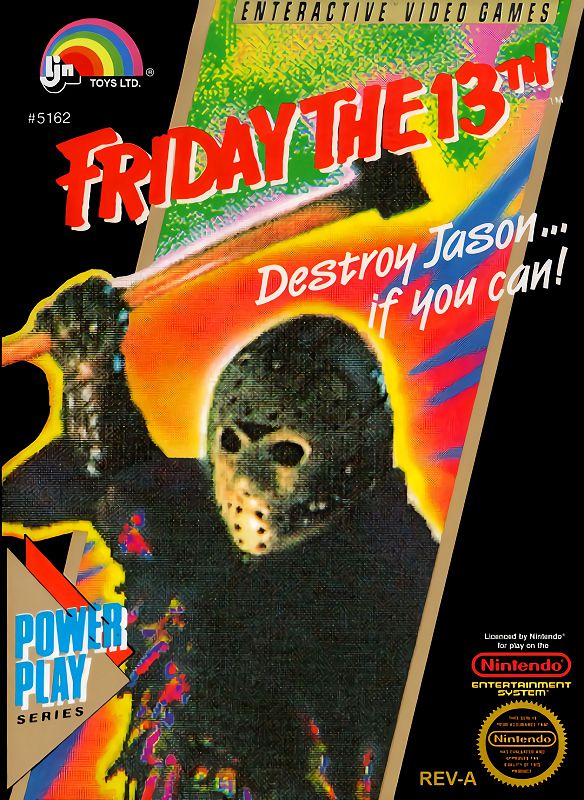 Based on the popular movie franchise, Friday the 13th casts you as one of six camp counselors (three girls or three boys) at the infamous Camp Crystal Lake, and you are tasked with destroying Jason Voorhees once and for all.

To get to Jason, you must run around a camp, killing zombie ghouls and collecting weapons, until you hear an alarm sound. When that alarm goes off, it means Jason has entered a cabin and you must find him.

To save time, you can switch between all six counselors, depending on where you are. Once you enter the house that Jason is in, the game switches to a 3D-esque maze in which you have to hurt Jason with the items you collected. Once he's been damaged enough, he'll run away, only to sound another alarm later and enter another house.