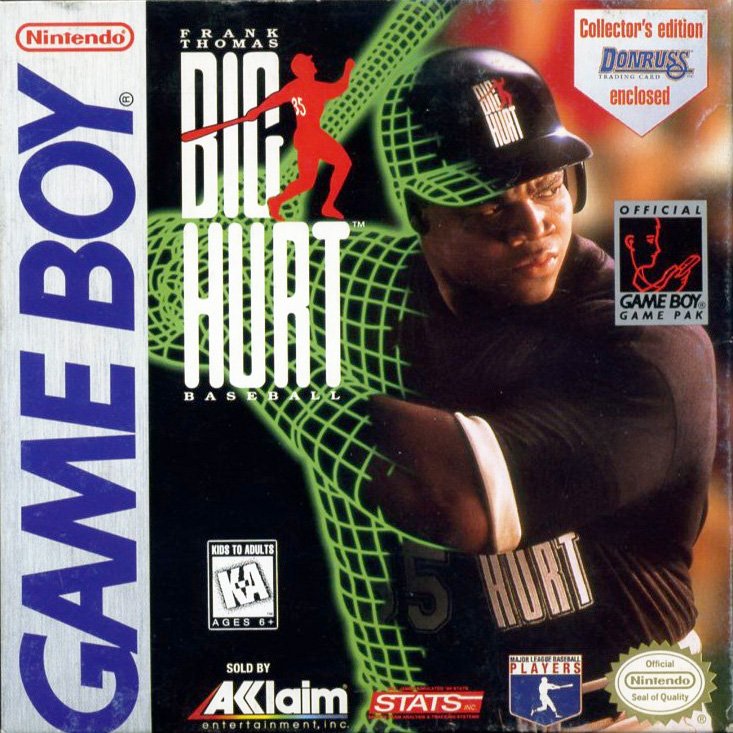 By Apharel : May 17
Frank Thomas Big Hurt Baseball for Game Boy and Game Gear adapts the console versions' gameplay and options to the capabilities of the handheld systems.

While based on the 1995 MLB season, the game does not have a MLB license, so there are no real team names used. It does however have a MLBPA license, so features real player names and their associated statistics.

The game has six different modes: Exhibition games, a full Season (either the originally scheduled 162 games, the 144 game schedule actually used due to the player's strike, or various shortened runs), Playoffs, the All-Star game as well as the Home Run Derby and a batting practice mode. Season and Playoff states are saved via passwords.

On the field, players will control pitching, fielding and batting. The game also allows players to set team lineups and positions.