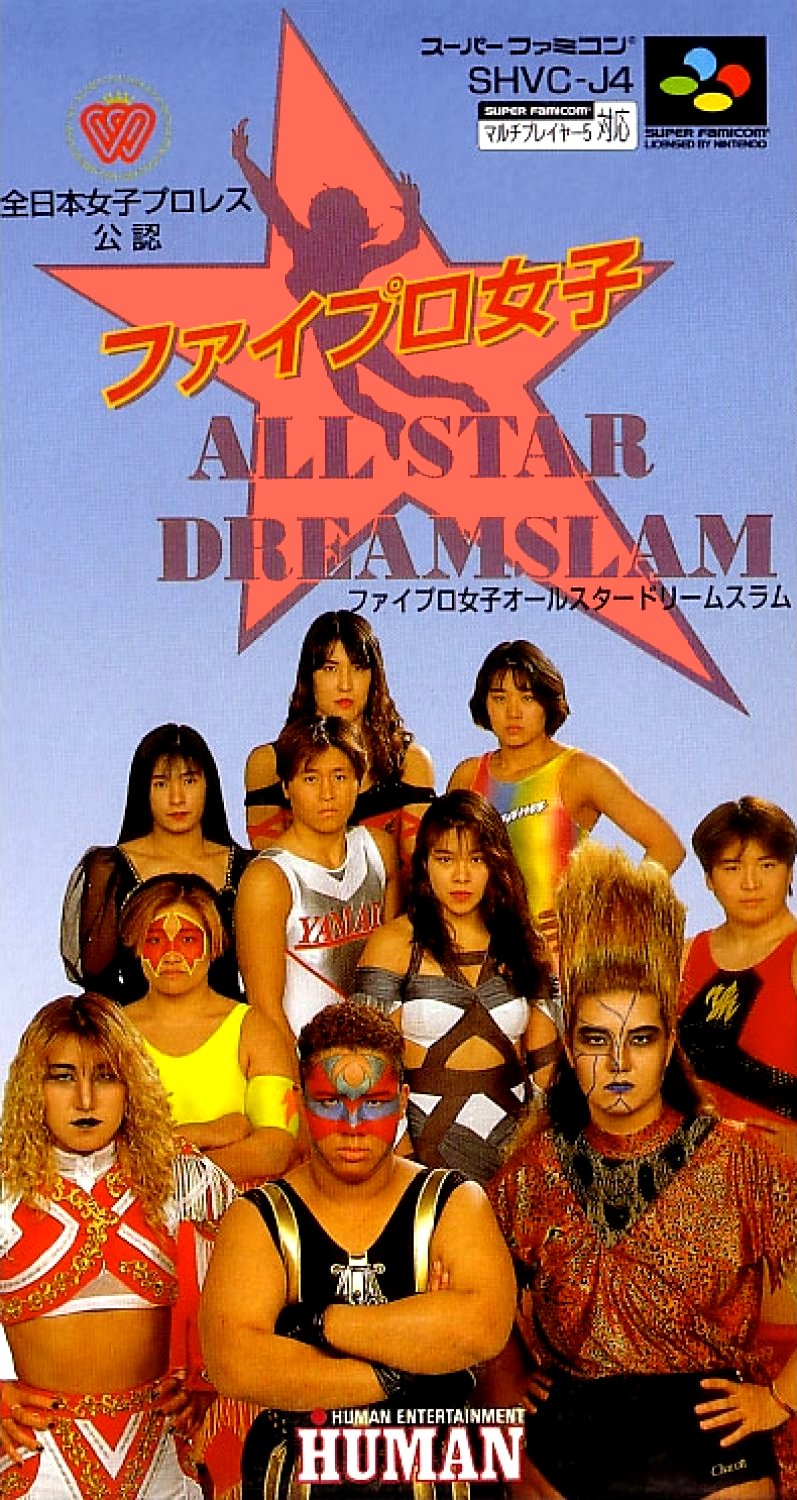 By Perichor : February 25
Fire Pro Joshi All-Star Dream Slam (also known as Zen-Nippon Joshi Pro Wrestling Kounin: Fire Pro Joshi All-Star Dream Slam) is an all-female wrestling game from Human Entertainment and uses their 16-bit isometric Fire Pro Wrestling engine. The wrestlers are all taken from the Zen-Nippon Joshi Pro Wrestling ("All Japan Women's Pro Wrestling") circuit, an exclusively female wrestling promotion that lasted for many years in Japan. As with prior Fire Pro Wrestling games, the mechanics behind the moves, pins and submissions rely more on timing and rhythm than button-mashing. Each bout is depicted with an isometric perspective, and various configurations of single-player and two-player controls are available for one-on-one matches and tag teams. The game features 18 pre-generated wrestlers and six create-a-wrestler slots.