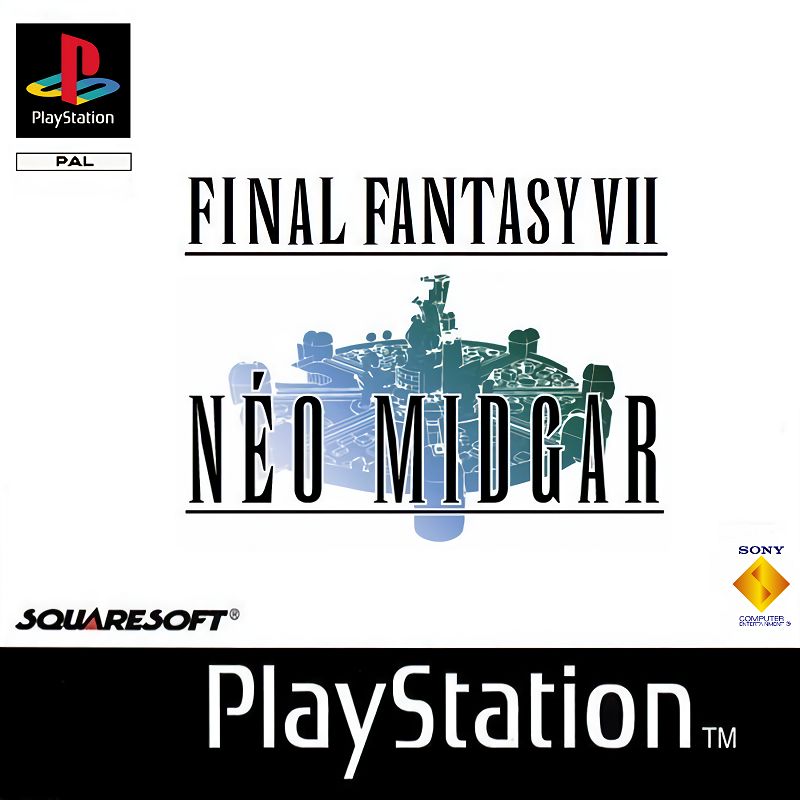 The seventh installment of the Final Fantasy series takes place in a post-modern, steampunk, sci-fi world where high technology reigns and where robots and bio-engineered mutants co-exist with humans and dragons.

The story focuses on Shinra Inc., an evil mega-corporation responsible for all the world's high technology. Shinra supports this technology with Mako Energy, Shinra's patented source of power. Unfortunately Mako is the lifeblood of the living planet and by using it up Shinra is slowly upsetting the balance of nature.

In comes AVALANCHE, a rebel group of disenfranchised citizens who have taken it upon themselves to oppose Shinra's ambitions. The main character is an ex-Shinra soldier named Cloud Strife, an angst-ridden fellow with a complex history that is explained as the game goes on. Cloud joins up with AVALANCHE as a mercenary for hire, and together they take on Shinra's maniacal executives and their army of shock-troops, robots, and mutants. However, after a while it becomes apparent that there are other forces at work, and ultimately Cloud must not only fight against Shinra, but also stop a powerful man from his past from destroying the world.

Like its predecessors, Final Fantasy VII is a role-playing game in Japanese style, featuring turn-based combat with a real-time (ATB, "active time battle") element against randomly appearing enemies. Customization in the game revolves around a so-called "Materia" system. Instead of magic spells, abilities, and bonus stats being saved to a single character, they are saved to Materia orbs, allowing the player to change a character's spells and abilities from the equipment menu at any time. Materia orbs can be bought in stores or found during exploration. The series' trademark summoned monsters are also contained within specific Materia. Beside experience points, characters also receive ability points that gradually upgrade the abilities of the currently equipped Materia.

The game utilizes 3D character models and pre-rendered backgrounds with varying camera angles for exploration of towns and hostile areas. World map navigation and battle screens are done completely in 3D. CG movies are frequently used as cutscenes that advance the game's story. The game features a large amount of mini-games (most of which are optional) and many ways to explore the game world, as the player gradually acquires various vehicles that can venture into previously inaccessible locations.