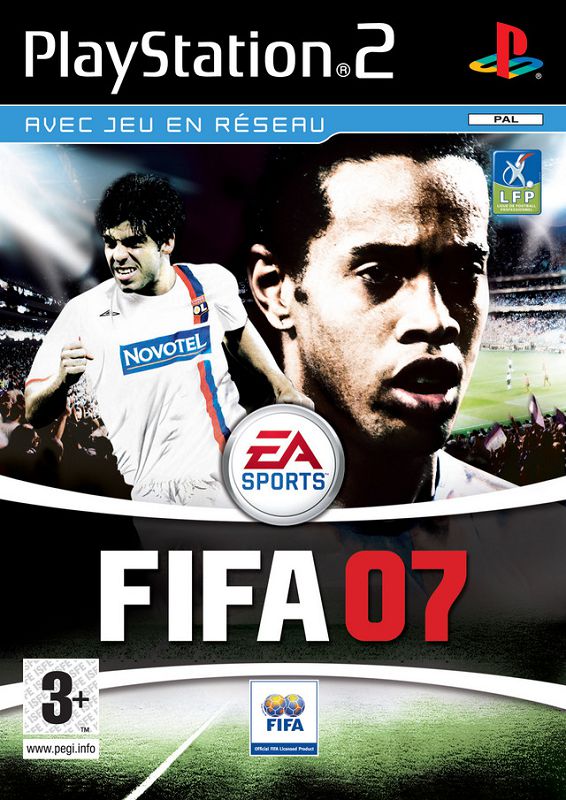 Enhancing the engine debuted with the previous game and official 2006 World Cup game, FIFA Soccer 07 includes enhanced ball and player collision physics and more player animations adding to the 16 trick moves and first touch ball reception introduced to the game engine with the previous games in the series. Players can choose between 2 and 10 minutes halves in three different game speeds and four different difficulty levels. Over 510 teams are accurately represented in the game. 27 leagues from 20 nations are included, along a "Rest of the World" for the best teams in championships left outside the game and international teams. Spain, England (with two), France, Germany and Italy also feature second divisions. Players can also create two clubs, customizing their badge, kits and home stadium, selecting players from anywhere in the game, along the starting budget in manager mode. The player creation tool remains mostly unchanged, with the ability to customize everything, from faces (with a complete set of options, from jaw width to eyebrow shape) to the appearance and playing abilities.

While the focus of this yearly update was on the game engine, the Manager mode was also enhanced: players now also improve their playing ability from being active members of the squad, forcing the player to choose between keeping his celebrated stars near retirement in the starting eleven, or give the benefits of the youth system a chance to shine. Another new feature, in what is now the primary mode of the series, is the ability to watch the game in a simplified text mode, with the ability to jump into action to turn the events still available. The points system was replaced by a less abstract currency model (with the ability to choose between Pounds, Euros or Dollars). Other game modes include Tournaments (including the creation of custom tournaments) and Challenges. By completing challenges (similar to the Global Challenges mode in World Cup 2006) the player can spend points in the Fanshop with items such as new teams, a special overhead camera, new balls from Adidas (including all original World Cup balls from 1974 to 2002), stadiums, third kits and special celebrations for created players.

Finally, online gaming received a new mode: Interactive Leagues. These are online-only leagues based on the fixtures of their real counterparts (English Premier League, French Ligue 1, German Bundesliga and Mexican 1st division). Then, online players go head -to-head with their favorite teams with a victory counting one vote for their favorite team. Once the week is over, the team with more votes is declared the winner of the week, getting three points. The number of weekly matches a player can do in this mode is unlimited.