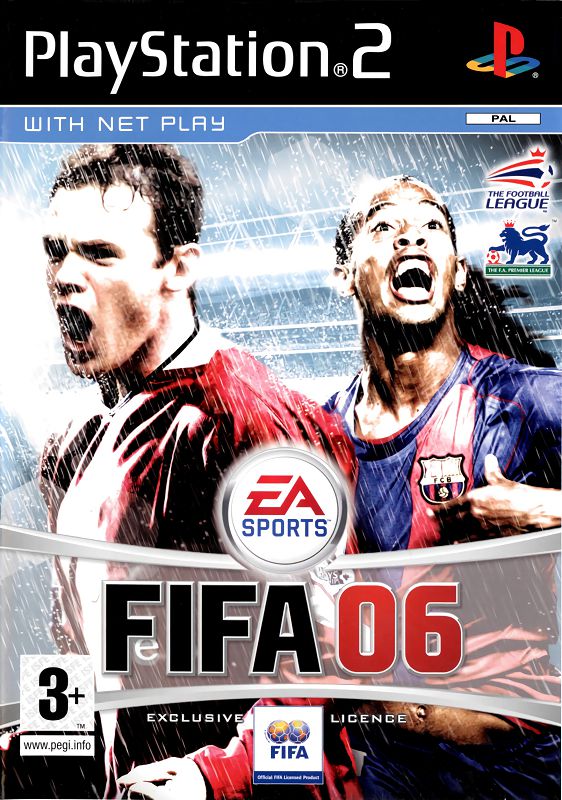 Featuring a brand new engine (replacing the one used in five titles since FIFA 2003), FIFA 06 features new controls and gameplay, the most visible being more animations and better detailed ball and player physics and animation, the removal of the unpopular Off the Ball controls implemented in their 2004 version and remaking the free-kick interface so it's no longer obvious if the player decided for a shot on goal or a pass to a forward. Also new is the concept of "Team Chemistry" which affects how well a team plays collectively.

Featuring 26 leagues from 19 countries, 29 real stadiums and over 10'000 players with data for the 2005-06 seasons, as well as international teams, the game kept the "Create a player" feature as well as the many managing options untouched from previous versions. Career mode, the 15-year long climb to the top of the game, features new options such as sponsorships (which will only accept good results), player contracts and more weight on the player morale: a demoralized player (usually from not playing or possible influence from random events) is more likely to under-perform as well as pressuring the "Team Chemistry" values downwards and might refuse attempts to renew his contract, leaving on a free transfer.

While there are still many unlockables in the game (mostly third kits), the way to earn points changed. Instead of gaining points from completing tasks (from entering the EA Trax or creating a player to winning the Champions League or completing a career), the player has over 100 scenarios to way in five difficulty levels.