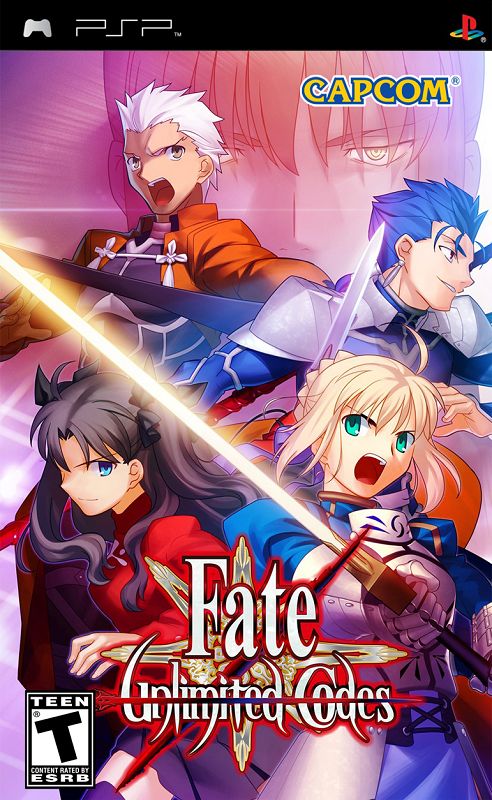 Based on the visual novel Fate/Stay Night, Fate/Unlimited Codes takes place in a local town in Japan where 7 pairs of 'Masters' and 'Servants' compete for the 'Holy Grail' that will grant them any wish. The game features a deep roster of characters and unique fighting moves, while employing a fast-paced, weapons-based fighting system.

For those feeling confident enough to take on some competition, Fate/unlimited codes supports local wireless play on the PSP system, allowing two players to duke it out wirelessly. Additionally, the game has dozens of unlockable secrets, including alternate costumes, 250 plus missions and mini-games. The game has been designed in such a way so that anyone can pull-off a speedy action move with the most basic fighting game controls. Special attacks are easy to pull off as well, making this one of those rare fighting games that almost anyone can jump into and become a pro at.