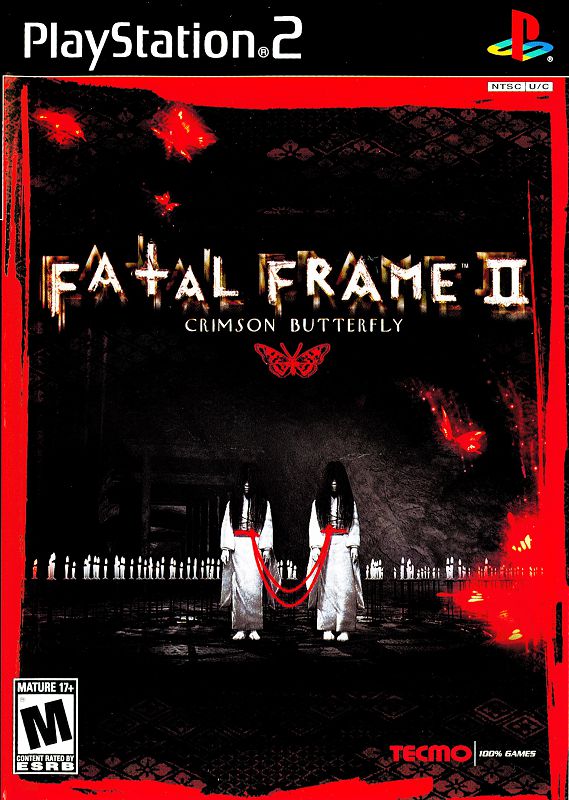 By GambierBae : January 8, 2019
Twin sisters Mio and Mayu, while visiting a vacation spot from their childhood, become lost in a dark forest. The path disappears behind them as they enter the Lost Village, a place that vanished from the living world years ago. Ghosts of the townspeople walk the streets and search for the twins, intent on completing a dark ritual long left unfinished. Mayu begins to grow distant from Mio as well, and she begins to speak as if she were another person entirely. By chance Mio finds the Camera Obscura, and with its powers she searches for a way out get her sister and herself out of the village.

Fatal Frame II has mostly the same gameplay as the first game in the series, although with a few tweaks. The camera no longer has to charge up a shot, but different film types now have loading times that can leave leave Mio defenseless if she takes a picture at a bad time. Special abilities for the camera no longer require a disposable item, and are instead charged by taking good shots of attacking ghosts. The stats of the camera and special abilities are still upgraded/unlocked with spirit points, but an item must first be found and spent as well to upgrade each level of a stat.