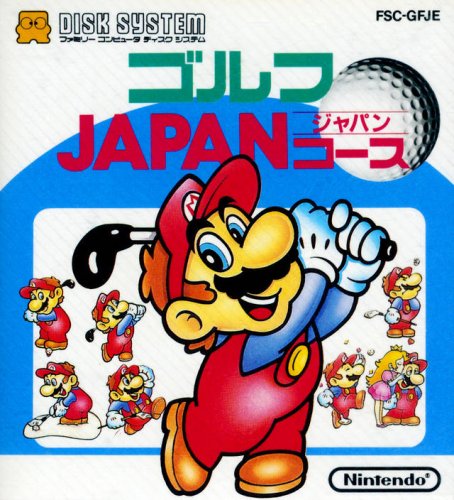 By Tanuki78 : January 26
Famicom Golf: Japan Course is a sports game released in 1987 on the Famicom Disk System. This game serves as 2 games which will be released a few years later in the world on NES: NES Open Tournament Golf and Golf.

It mainly works in terms of gameplay which is exactly the same. In this game, the player has the choice of playing between Mario or Luigi. As its name suggests, these are rounds of golf taking place in Japan (this can be seen above all in the decor and in the course, which looks a lot like the map of Japan and its cities).