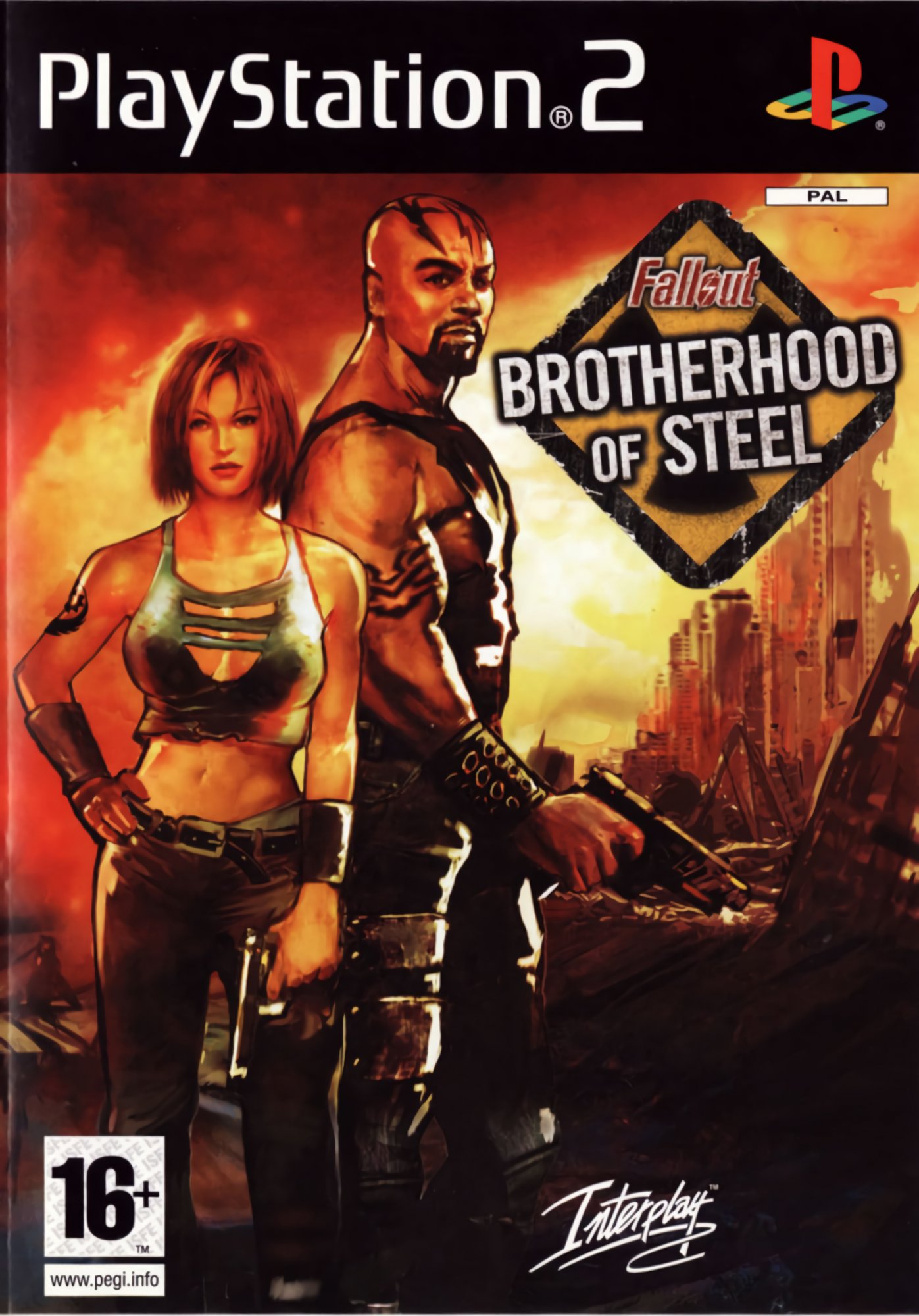 In a post-apocalyptic future, a society known as the Brotherhood of Steel is born, wielding powerful weapons and armor from the time before the war, they seek to bring some form of order to the wastelands of what used to be the United States. As a new member(s) to the Brotherhood, you'll soon find yourself separated from your comrades and forced to contend with a variety of missions and challenges alone. Radscorpions, Super-Mutants and Deathclaws are all in the Brotherhood's way, and bringing an end to their tyranny will certainly make the wasteland a safer place.

Brotherhood of Steel is an action game set in the Fallout universe. The Brotherhood members are well armed and carry full clips of ammo (which does run out). New weapons of various nature can be found and equipped to bring new tactics. Shooting down enemies earns experience points and these points are used to improve the attributes of various individual skills. Additionally, your character will have to content with finding keys and other objects, protecting NPCs and jumping over bottomless pits.