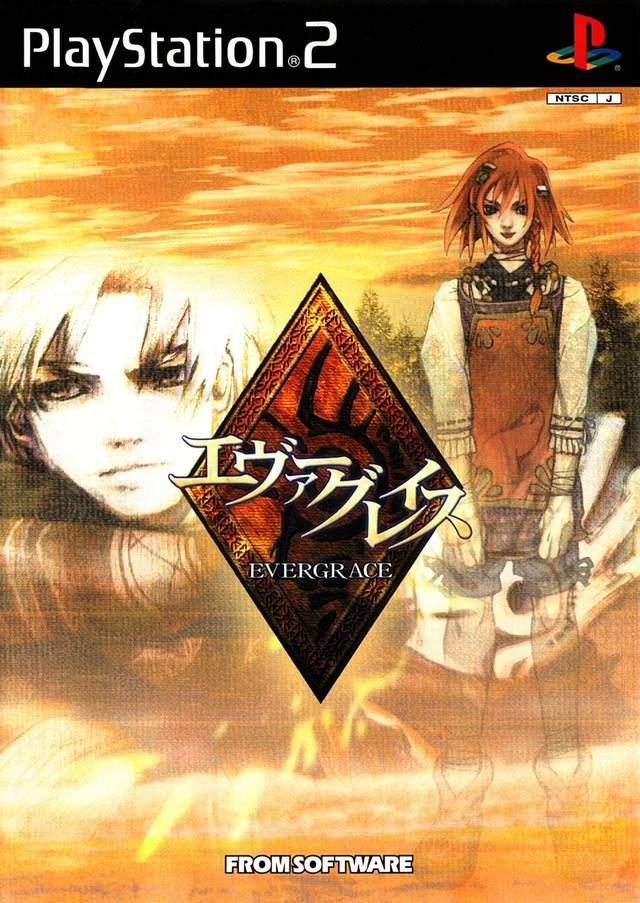 By Tanuki78 : October 9
A young swordsman named Darius and a homemaker named Sharline grew up together in Solta, one of the villages in the Fontraile empire. Solta is populated by people who bear strange marks known as crests. Ancient Billiana Trees cover the landscape shared by Solta and the neighboring Morea, and the two villages disagree as to their role: the people of Morea consider them sacred, while the people of Solta claim they suck out the energy of the land. Eventually, a war erupts, and Darius' parents are killed by assassins from Morea. The two young people have to follow each their own way to restore justice and peace.

Evergrace is an action role-playing game. The player can follow Darius and Sharline through two separate storylines, and switch between the two characters at save points. The game allows players to switch between characters at any save point. Experience is gathered by using items and equipment rather than by leveling up a character directly. Equipped items can also be combined with special items to increase the parameters of the characters.