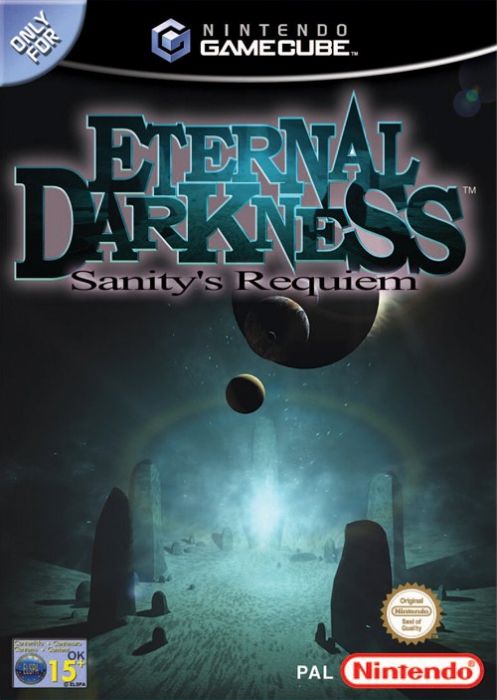 Eternal Darkness: Sanity's Requiem is a psychological thriller epic starring the adventures of twelve characters that span across the world and two millennia. From time immemorial the forces of evil from beyond have been trying to manifest themselves in our world, and it is only through the actions of these forgotten heroes that the world has been saved from being overrun. Chapters take place in Ancient Rome, Persia, the Middle East, and modern-day Rhode Island. Throughout the game, the protagonists will have access to several weapons appropriate for their era, from bastard sword and gladius to flintlock pistol and shotgun.

The game features an involved Magick system, which allows different spells to be created through the combination of runes. These spells can attack enemies, dispel illusions, and heal both the body and items.

Eternal Darkness: Sanity's Requiem also has a unique feature called Sanity. If an enemy sees a character, their Sanity meter drops. When Sanity gets low, hallucinations begin to plague the character. Walls bleed, voices whisper from nowhere, the camera gets disoriented. Sanity can be restored by dealing a finishing move on a dying enemy, or with spells or some items. Aside from this, characters also have health and mana meters.