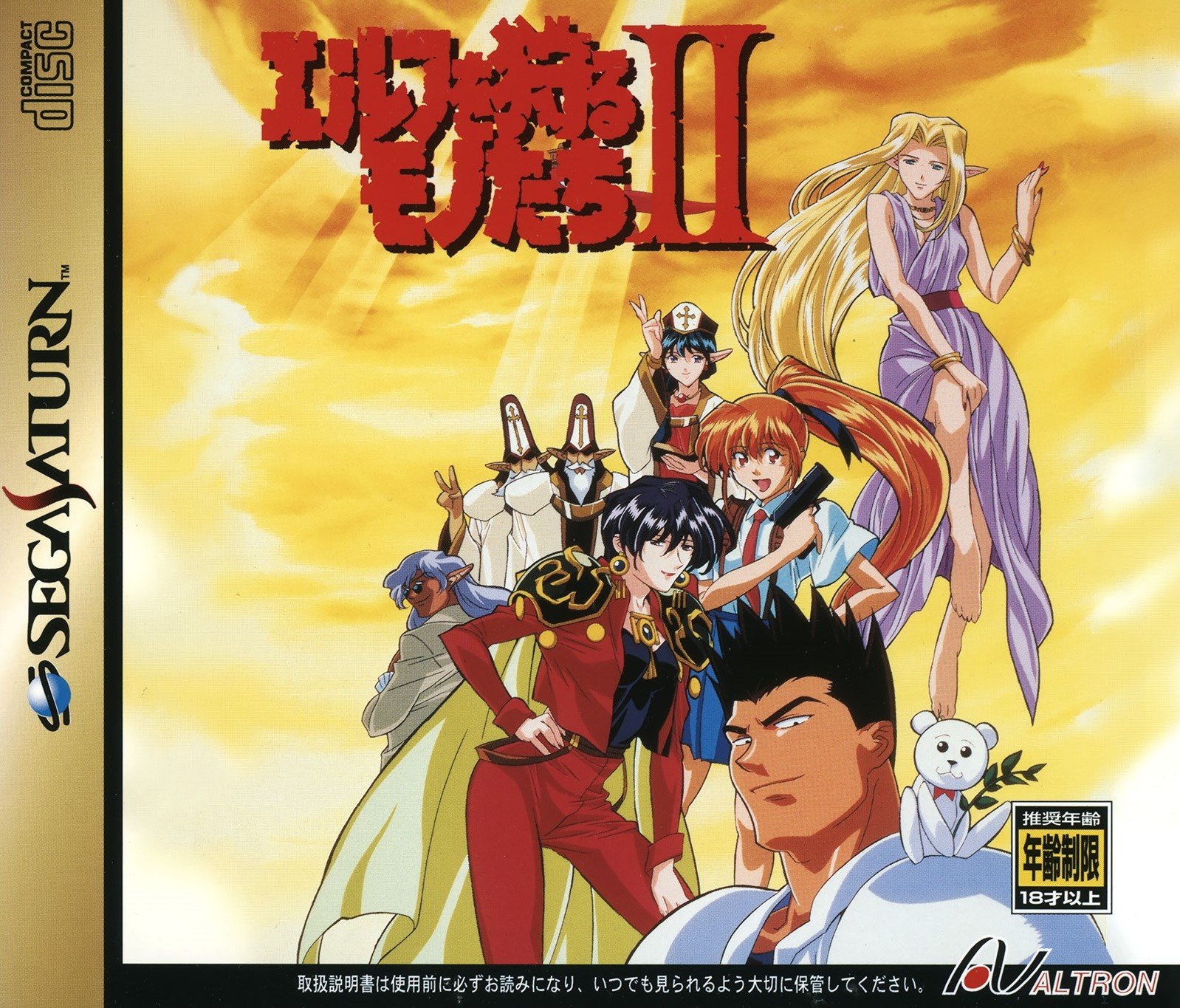 By Nanoman : April 20, 2020
Elf Wo Karu Monotachi (Those Who Hunt Elves) is a manga series and an animated Japanese television series by Yu Yagami, released in North America on VHS and DVD by ADV Films. The plot revolves around three travellers, the eponymous "Elf Hunters", and the elven sorceress Mistress Celcia.

The most important difference is that there are parts of the game in which the player will have to win some battles, and the battle mode is like an slot machine and have to stop the different images to get a combination to attack, be attacked, life up, etc.

The third 3cd of the package is an extra cd that features characters voices and artwork.