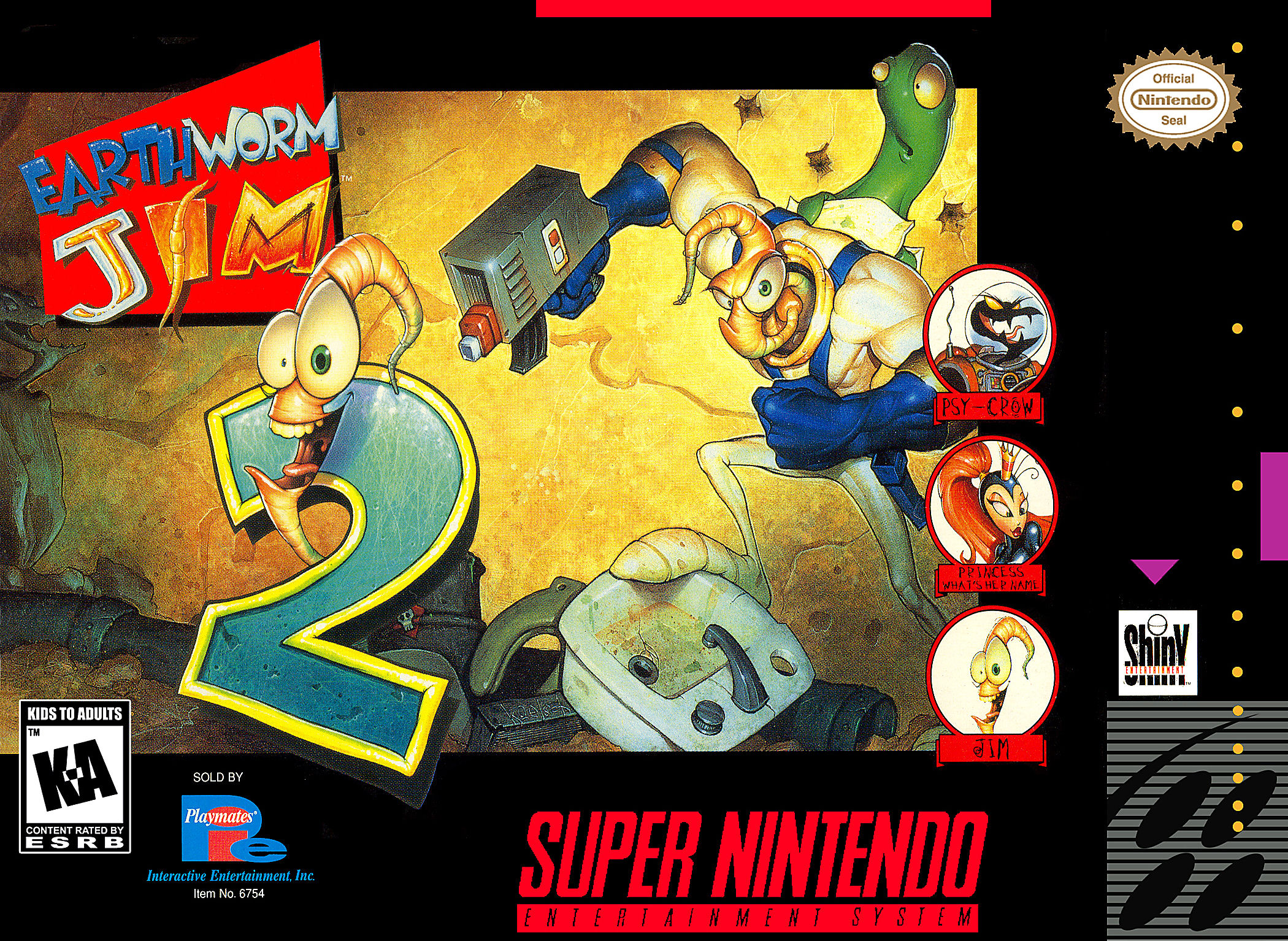 An ordinary average earthworm named Jim goes about his normal daily life, cruising around avoiding crows and doing other general worm-like things. Until one day, Jim is suddenly struck by a very large Ultra-high-tech-indestructible-super-space-cyber-suit. Through sheer luck, Jim rests safely in the neck ring of the suit. Suddenly, the ultra-high-tech space particles of the suit begin interacting with Jim's soft wormy flesh. A radical light-speed evolution takes place. Jim soon realizes that he is now in control of the suit.

Earthworm Jim 2's gameplay is similar to the first game, with Jim running and jumping through the levels. There are five weapons more than in the original game to collect. Characters like Princess Whats-Her-Name and Psy-Crow also appear.