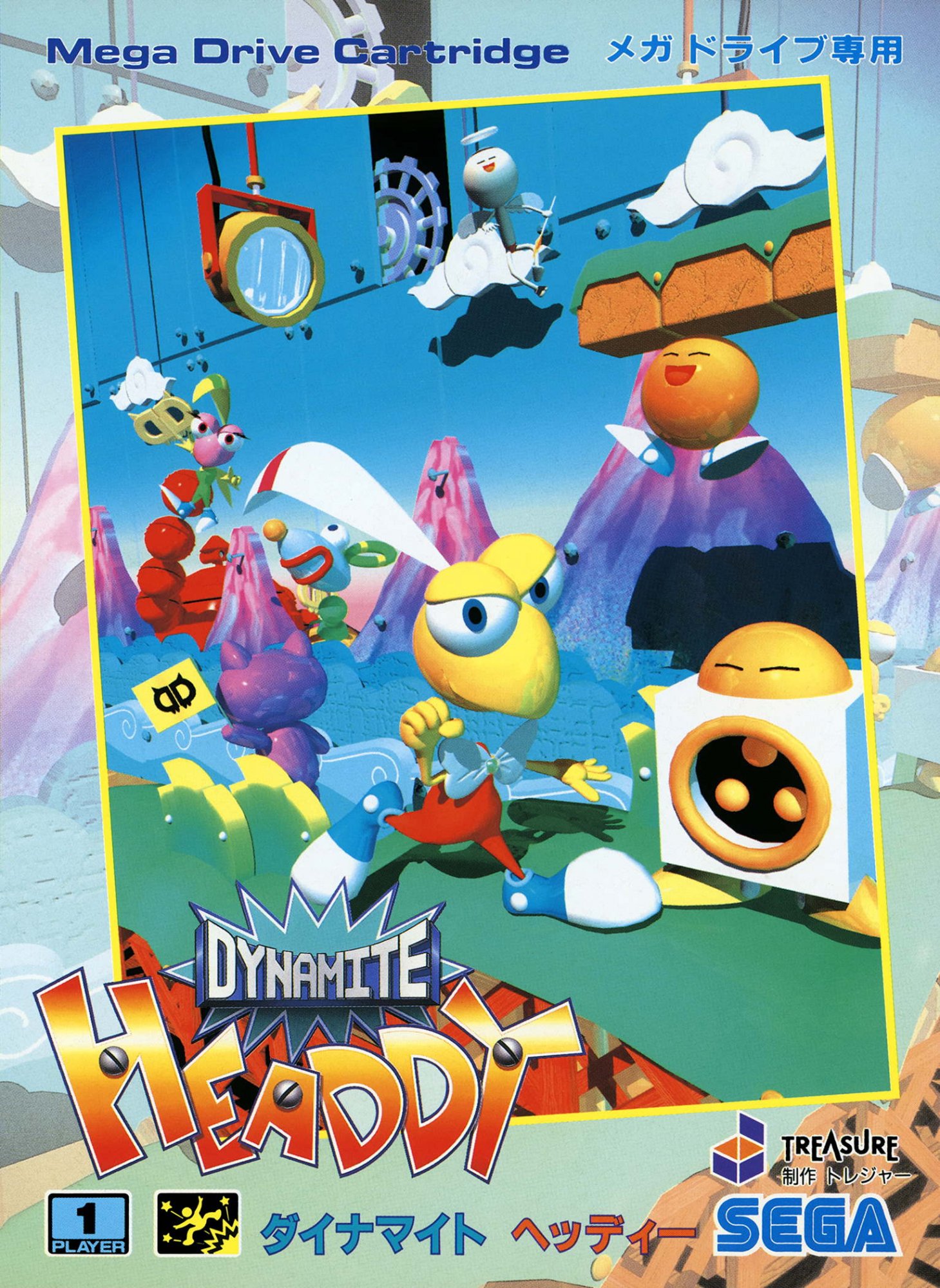 By GambierBae : October 15
Dynamite Headdy is a platformer... with a difference. You control a little character whose main attack comes from his disembodied head. Yes, years before Rayman appeared, we already had a hero who used detachable appendages to attack his enemies.

Rather than the traditional power-ups, Dynamite Headdy enables you to swap your head for different kinds – such as heads that heal you or heads that stick on to walls. You use your head in order to climb up on platforms as well, as you can grab hold of things with it, and on certain stages of the Mega Drive/Genesis version it is used to turn the game into a side-scrolling shooter, as you gain a propeller, jet, or bird head. Basically, Dynamite Headdy is just a traditional platformer at heart.

This is an English translation of the Japanese verison of Dynamite Headdy, which featured cutscenes and dialogue sequences not present in the European and American releases of the game.

A huge thanks to Jon Najar for this translation: https://www.romhacking.net/translations/1113/