Dragon Quest V - The Hand Of The Heavenly Bride 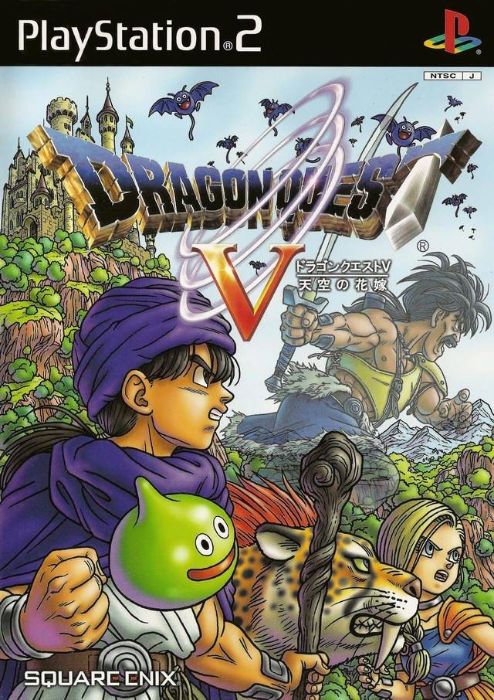 Dragon Quest V: Tenkū no Hanayome is a remake of the earlier game of the same name. It retains the story and the basic gameplay of the original version, while including a significant graphical overhaul and new gameplay features.

The remake has fully 3D graphics with rotatable camera. The player is able to physically interact with many objects in the environment: for example, lifting and breaking a pot to reveal an item is graphically displayed, rather than being indicated by a text message. The music has been re-recorded with a life orchestra, as opposed to the synthesized tracks of the original version.

The player can now have four active controllable party members instead of three. The amount of monsters who can join the party has been increased as well. Some mini-games are added to those that already existed in the original version. A trinkets museum has been added, which rewards the player for collecting local specialties from various places.

Once the player finishes the game, he gains access to an additional dungeon with powerful enemies. A demo disc for Dragon Quest VIII is included.