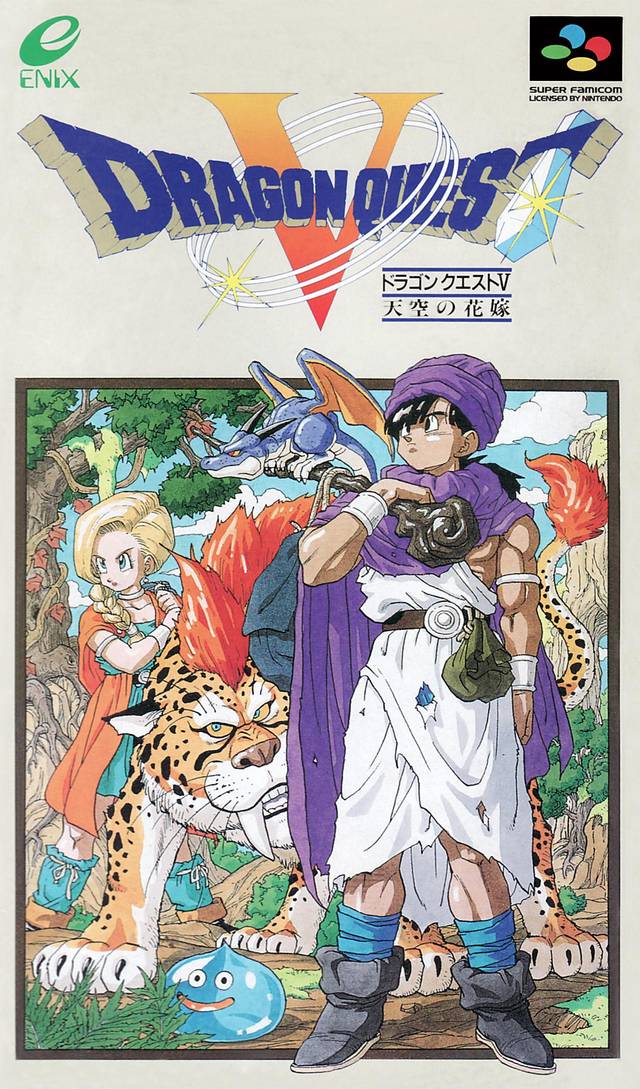 The hero of this game is the son of a brave warrior named Papas. It appears that his mother died just after giving birth to him, and his father took him on a long journey when he was a little baby, searching for something. Now the boy is six years old, and Papas brings him to his hometown. After some time, they learn that Henry, the prince of Reinhart, was kidnapped by bandits. Papas and his son attempt to rescue him, but this only leads to a tragic event and the boy's imprisonment. Only many years later will the hero discover who or what his father was searching for, and come to realize his own role in the events that dictate the fate of the world.

Dragon Quest V is a Japanese-style role-playing game with random enemy encounters and turn-based combat viewed from first-person perspective. Though the party only includes three active human combatants, the game allows the player to recruit monsters into it. Some of the enemies will randomly request to join the party. The player can then add them to the roster and use them in battles, where they behave just like any other combatant, using their own abilities and even leveling up.

The game follows the story of Papas' son stretched over many years, from his childhood to adulthood. The player will be able to choose a wife for the main character from two available female characters. This decision influences some of the subsequent events and features. The hero eventually becomes a parent, and his new family plays a pivotal role in the plot.