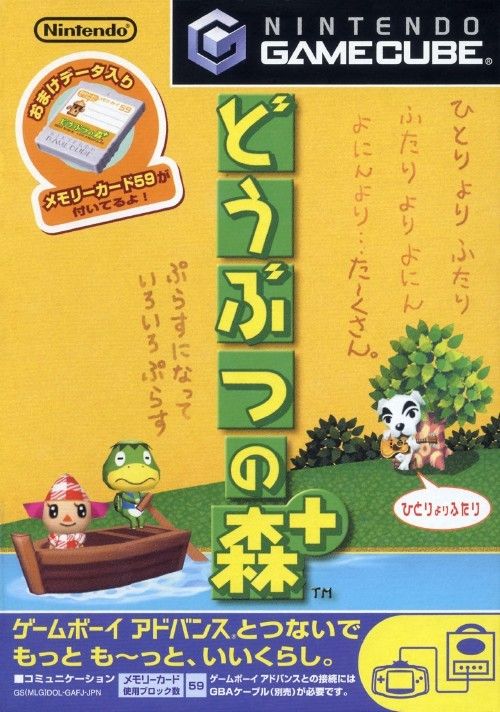 By Nanoman6666 : October 24, 2017
Doubutsu no Mori +, Animal Forest + in English, is the updated Nintendo GameCube version of Animal Forest, and was released on December 14, 2001, only eight months after the original game. This version contains extra features that had to be left out of the Nintendo 64 version, and also utilizes the GameCube's built-in clock to keep track of the date and time while dropping the Nintendo 64's original system that utilized an internal clock built into the game cartridge. With the use of the GameCube's clock, time passes in the game even when the game is not being played. This led to the game's slogan, "It's playing, even when you're not."

The new characters from this game are two villagers and the rest islanders.