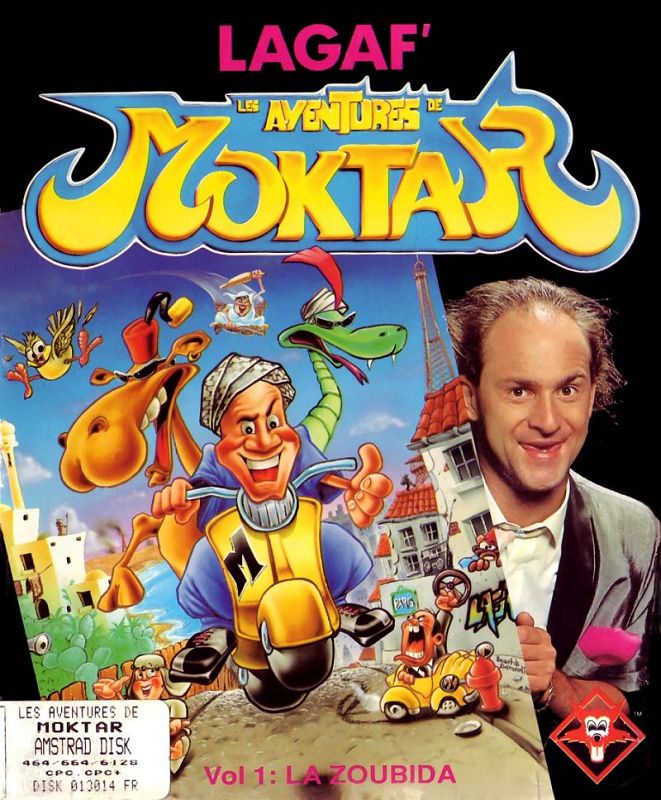 Titus the Fox is a side-scrolling platform game developed by Titus Interactive for the Amiga, Amstrad CPC, Atari ST, DOS. The game was originally released in 1991 under the name Lagaf': Les Aventures de Moktar - Vol 1: La Zoubida, featuring French comedian Lagaf' as a tie-in with his song "La Zoubida". For the international edition, Titus retooled the game to feature its mascot and released the game as Titus the Fox: To Marrakech and Back in 1992.

Titus's beloved Suzy has been kidnapped on the other side of the Sahara desert, and to get her back he has to advance through 15 levels. The player's goal is to avoid dogs, construction workers, giant bees and similar creatures. The player can fight back by throwing objects back at them, or - most notably - picking walking enemies up from behind and throwing them as projectiles at other obstacles. Stacking thrown objects is often required to get to the end of most levels. The game features a code-based "saving" system, with the codes calculated uniquely for each machine. The game is compatible with almost all CGA, EGA and VGA graphic adapters.

In the Game Boy Color version, the ability to stand on thrown objects as well as throw enemies was removed. Players could no longer enter through doorways in levels and a new gimmick was added that would cause walls and ladders to appear if the player walked on their invisible activation space. Also added were bonus stages where between levels which consisted of a linear path where the player picks up golden boxes which would increase their score.