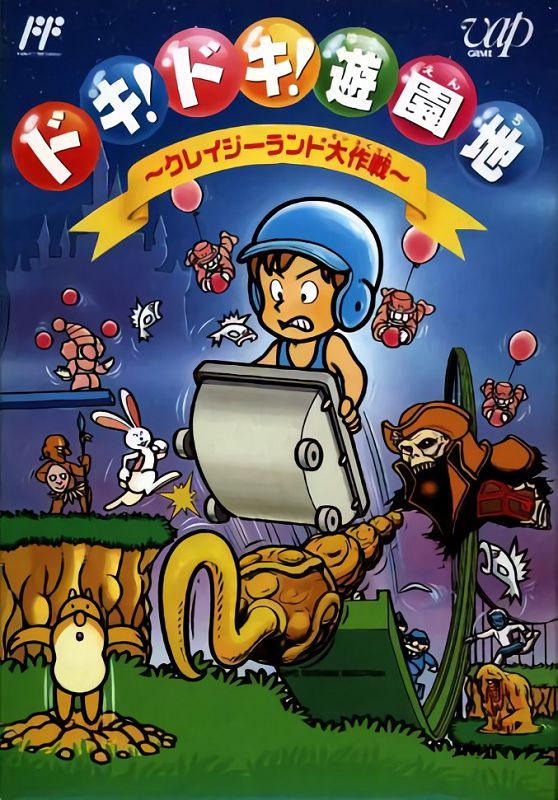 One day at an amusement park an evil being kidnaps a girl. Her friend hurries to the rescue. The Trolls in Crazyland is a typical platform game featuring a boy who kicks a ball at the enemies (in the original Japanese version). When damaged the boy changes the color of his shirt and the power of his weapon increases. Among the stuff that remains from the fallen enemies he can collect a bird that will chase and defeat foes. For the European market, the sprite of the main character was redrawn to depict a popular troll character under license from Russ Berrie & Co.