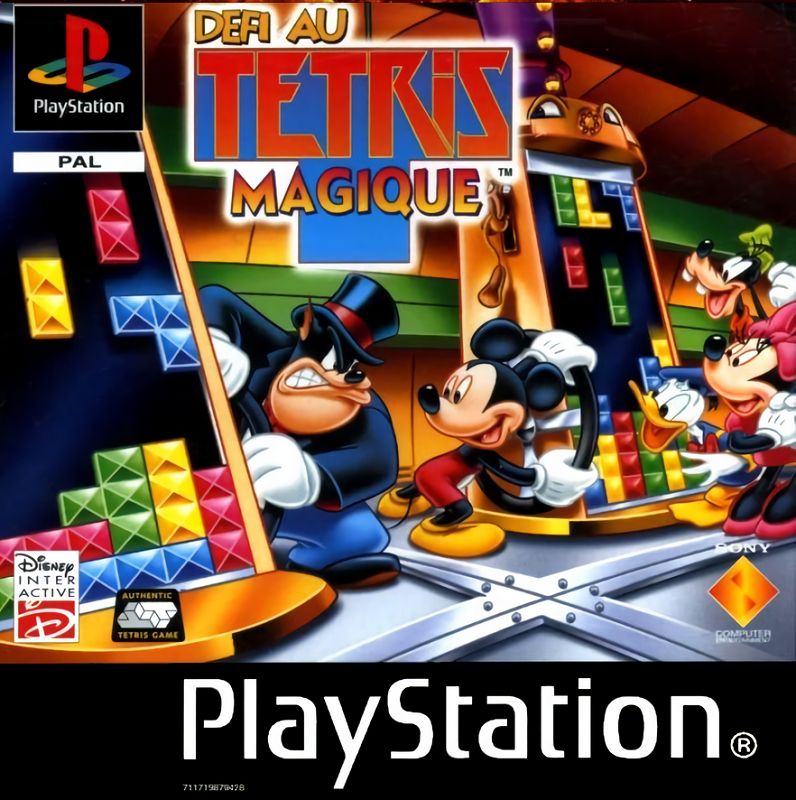 Both follow the standard Tetris template: Tetris pieces fall onto the playing field from the top and must be arranged so they form horizontal lines which are then removed, with the player whose stack of pieces reaches the top first losing.

In Magical Tetris, clearing two or more lines at the same time sends a magical attack to the opponent, which puts a non-standard magical piece into their queue. Magical pieces consists of more than four blocks and are thus harder to place, but can theoretically clear more lines at once. Magical attacks can be countered by clearing lines while the piece is in the queue. This sends the piece back to the opponent, changing it to a 2x2 square piece. Countered pieces can again be countered, growing in size with each counter to a maximum of 5x5. Overflow to an already full queue turns existing pieces into ones marked with an exclamation mark. These can't be countered and are massive in size and come in pyramid or diamond shapes. A clock counts the time during Magical Tetris - each minute of game time raises the game level, up to a maximum of 4, with higher levels resulting in more magical pieces added to the opponent's queue per cleared line.

Updown Tetris is less complex. Attacks against the opponent are made by clearing two or more lines, which are then (minus one column) added to the bottom of the opponent's playing field, pushing their stack higher.

Both modes include another gameplay element: the magical gauge is filled by clearing single lines or through attacks made by the opponent. Filling the meter clears the entire playing field above a certain threshold and simplifies the block structure below it. The meter is then cleared and the threshold rises, requiring more moves to fill it a second time. The threshold can only be lowered by clearing all blocks off the field.

The two modes are available in story and two-player modes. In story mode, players select one of four Disney characters (Mickey, Donald, Goofy and Minnie) who each come with their own storylines. The game then consists of consecutive matches against the other characters and the bad guys (Pete, Big Bad Wolf and Weasel), with cutscenes between matches.

Only the home versions have an endless mode, which offers standard Tetris and Magical Tetris.