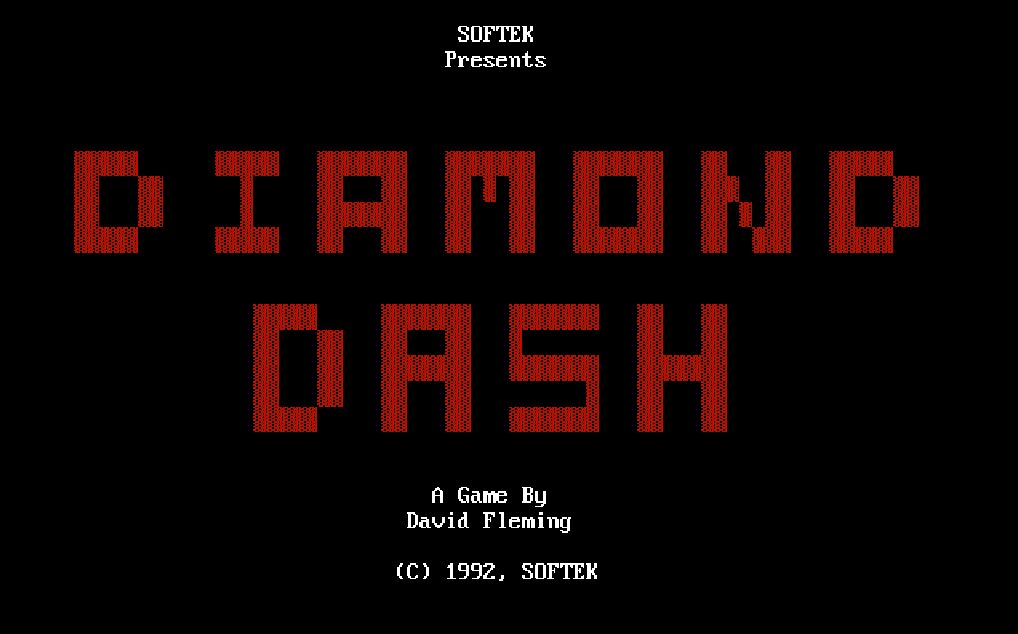 By RomStation : January 3
Diamond Dash is a Lode Runner clone with 25 levels. As an original, it is a game of ladders, ropes, enemies, and diamonds, played on multiple levels sequentially. The player controls a highly trained commando sent to an underground warehouse to reclaim stolen diamonds. The player must pick up all the diamonds in each level to progress to the next level. Each level is heavily guarded. The guards have no weapons, but if one of them touches the protagonist, one of his lives will be taken away. Commando's only weapon is a portable proton accelerator that allows him to blast large holes in the floor which the guards (and he) can fall into. The holes will "heal" after a certain amount of time. If a guard is in a hole when it heals, he will reappear at the top of the screen. If the commando is in a hole when it heals, he is dead. The commando has 5 lives at the beginning of the game. He gains 1 life for each level he completes. The guards can pick up diamonds. They will drop the diamonds when they fall into a hole. If no diamonds are left on the screen, and the ladder to the next level has not appeared, then one or more of the guards is (are) carrying diamonds.