Desert Strike - Return To The Gulf 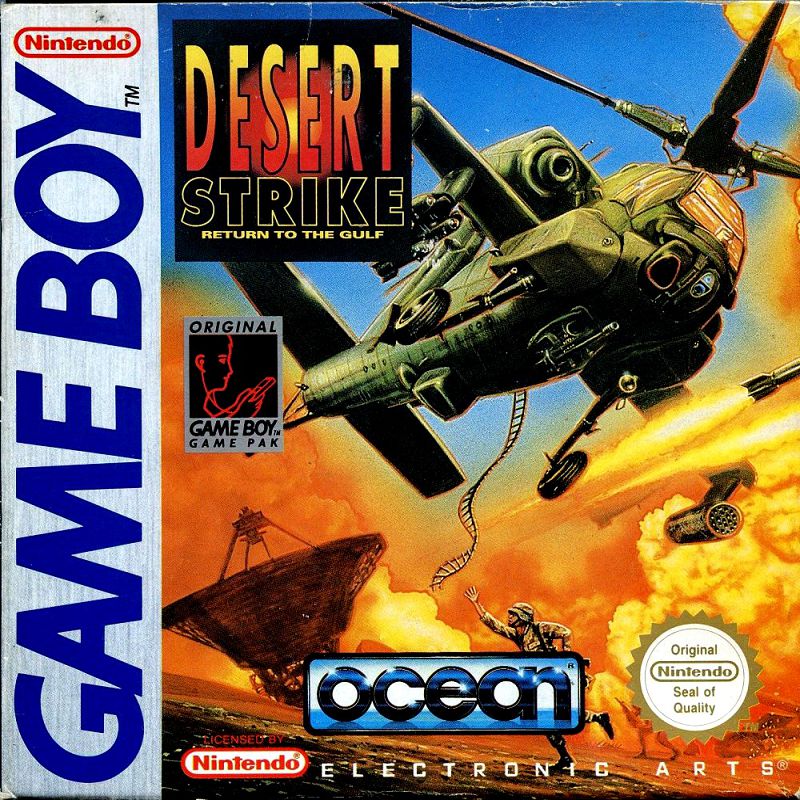 By Apharel : November 16, 2018
The first game in the Strike series. A year after the Gulf War, a self-styled general named Kilbaba (Muababa in the GBA version) takes over an Arab Emirate and threatens to start World War III against his western enemy, the United States. The whole world holds its breath as the President has chosen you to destroy Kilbaba and his terrorist army before he launches a nuclear attack on the world!

You must fly a specially designed AH-64A Apache on a series of missions to rescue missing-in-action characters, destroy power plants, blow apart SCUD missiles, etc. to take out the enemy defense while trying to find out Kilbaba's plans.

The player controls the helicopter from an overhead, isometric perspective. The Apache is equipped with three weapon types: a machine gun and two types of missiles of different strength. During the missions, the player must beware anti-aircraft guns, missile launchers and tanks, outmaneuvering enemy fire or destroying the enemy weaponry. The Apache is destroyed if its fuel runs out, or if the armor (functioning as health) is completely depleted. However, armor can be replenished by bringing back MIA soldiers and prisoners of war back to the landing zone. There are also fuel, ammo and armor pickups available on the field.