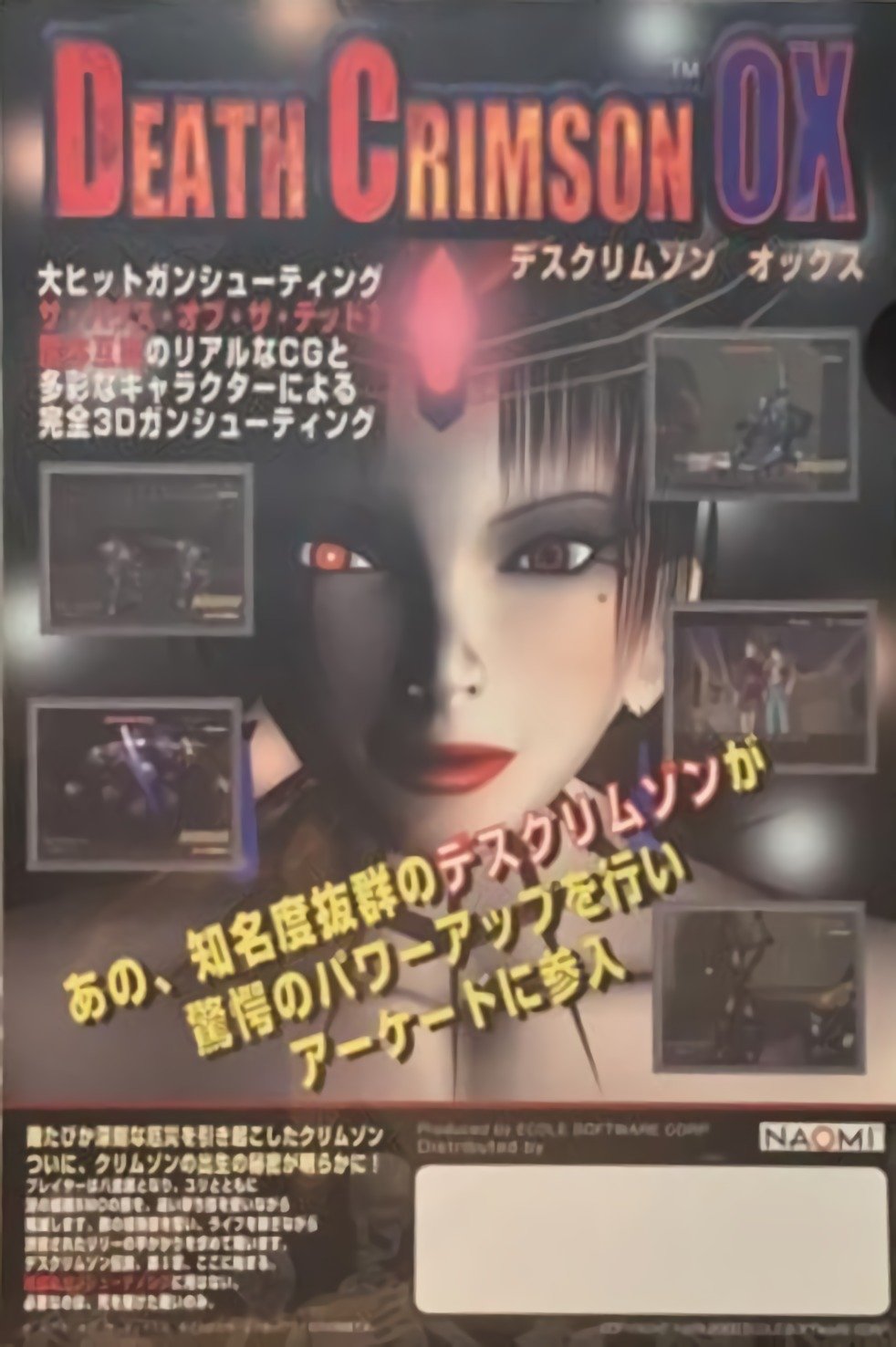 By GambierBae : June 1, 2020
On July 29, 2010, the city of Saronica comes under attack by an army of monsters called the SMO as they lay siege to the city, capturing it and ruling the populace under an iron fist. During this, The Resistance is formed in an attempt to stop the SMO, lead by a woman by the name of Lily who is kidnapped when she attempts to help a man by the name of Kou. After she is captured, it is learned the man has come into possession of two ancient pistols by the name of "Crimson" that can destroy the monsters and their vicious leader. Kou sets out with Lily's daughter, Yuri, to bring her back and stop the evil forces within the city.

Death Crimson is a light-gun game similar in style to House of the Dead where the player shoots at enemies that pop up on screen and save innocents from the monsters. The player can also power-up the "Crimson" pistols by shooting death flowers that will turn their firepower into machine guns to decimate hordes of enemies. There is also a health meter that will increase in size by successfully shooting enemies, gaining experience points. Once enough points are obtained, the health bar will increase, however missing enemies or shooting civilians will take away points.