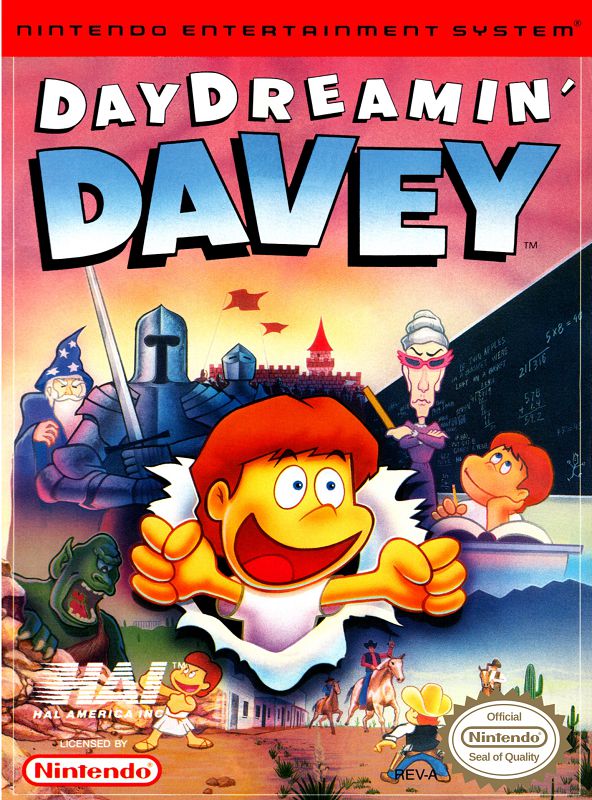 By Keny94140 : October 15, 2018
Davey is a child with an overactive imagination. During a day at school, he runs into events that will cause him to escape into his fantasy world, which in game terms equates to the levels you will be playing through. The fantasy lands include treks through the middle ages, the wild west, ancient Rome, and Mount Olympus (some of these levels will be revisited throughout the game). Your weapons are level specific such as a sword and lance in the medieval level and a gun and whip in the wild west level.