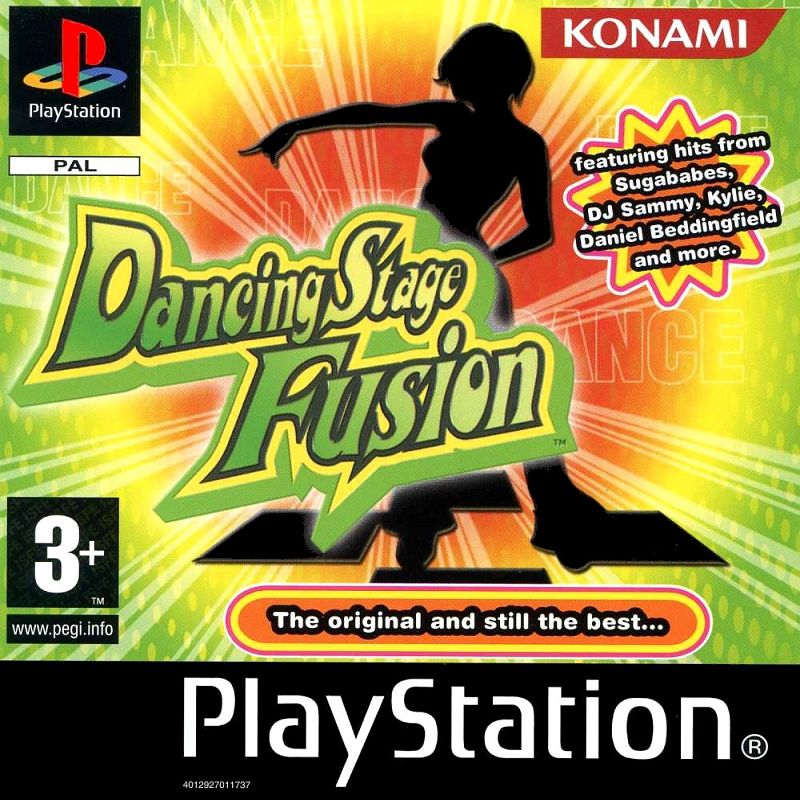 By TompouceGabriel : April 4, 2016
Dancing Stage Fusion, abbreviated DS Fusion or simply Fusion, is a music video game released by Konami to the European PlayStation and PlayStation 2 gaming audience on November 5, 2004. In April of the following year, Dancing Stage Fusion was released as an arcade game. Fusion featured new gameplay features such as EyeToy support for the PlayStation 2 release as well as new music from hit pop artists.

The following three lists are playable songs in each respective version of Dancing Stage Fusion. They are ordered as they appear in game (much like a music album) and color coded according to color coding in game. Yellow represents licensed music, white represents Konami Originals (music developed within Konami by their own in-house artists), and blue represents Boss Songs (DDR terminology for the hardest songs available).

The soundtrack of the PlayStation Dancing Stage Fusion release is a cut down list of the music available on the PlayStation 2 version. None of the songs contain Freeze Arrows and there are no unlocks.

Some of the songs:
# Come Into My World - Kylie Minogue
# Freak Like Me - Sugababes
# Sexiest Man in Jamaica - Baker/Claxton/Prince Buster
# Somebody Like You - Atomic Kitten
# Superstar - Jamelia