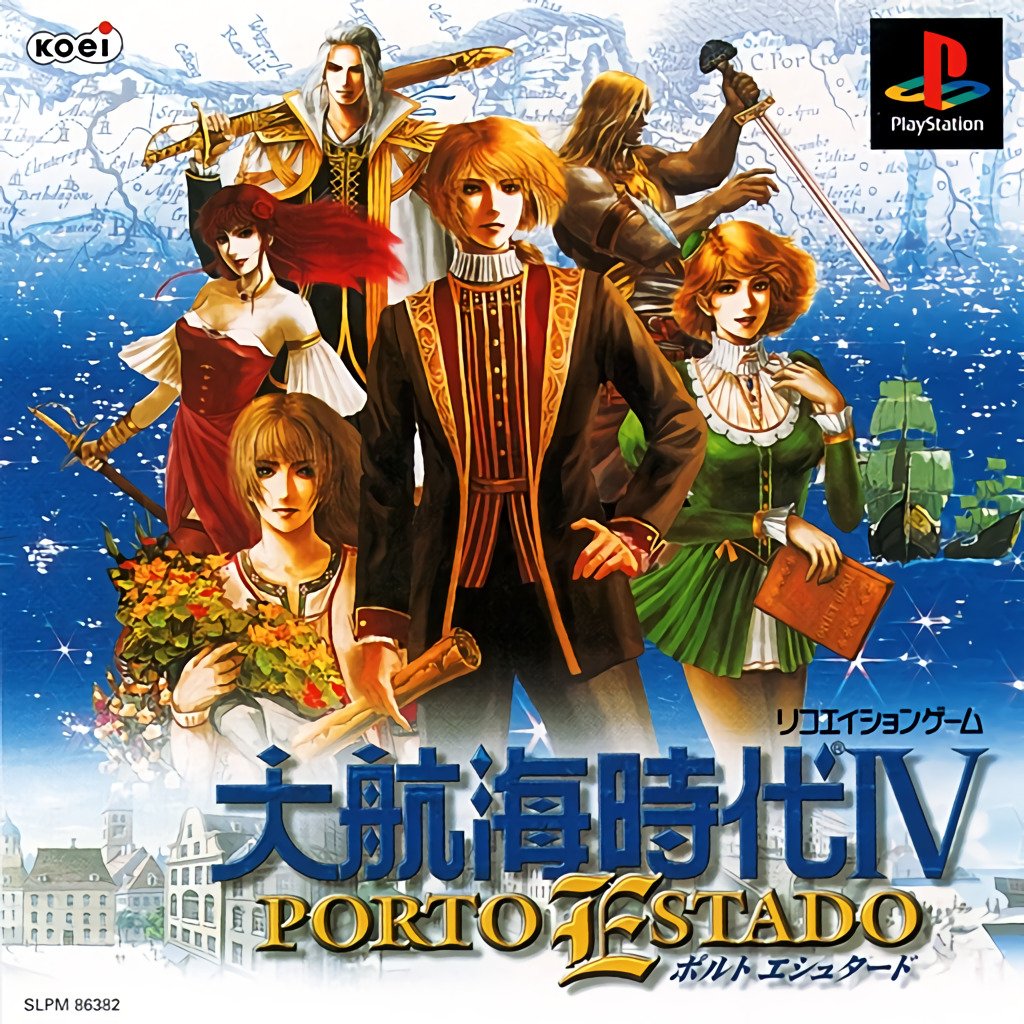 By GambierBae : April 4
Daikoukai Jidai IV: Porto Estado is the fourth game in the Uncharted Waters / Daikōkai Jidai series about sailing and trading, themed around the Age of Discovery, mixing simulation with role-playing elements. This entry deepens the elements of the European colonial expansion and colonial trade at that time such as signing contracts, exclusive trading ports, establishing trade routes, exploring and discovering treasure products etc. and they all reflect the special historical background of that era. Players choose from four different characters from four countries to begin their adventures, interacting with various characters giving the game a more RPG-like feel.

Porto Estado simplifies the adventure and discovery aspect, with only a few major cities having monuments, and auto-navigation greatly increases the pace of the game. On the other hand ships, seamen and battles are more complicated and refined. To travel all over the world with confidence, players need to hire NPC sailors and put them into different post on the ship in order to make fully use of their abilities. A vessel physician can reduce disease consumption, a gunner can increase the hit ratio, and a captain can do hand-to-hand combat with captain of enemy fleet to avoid dangerous sea battles.