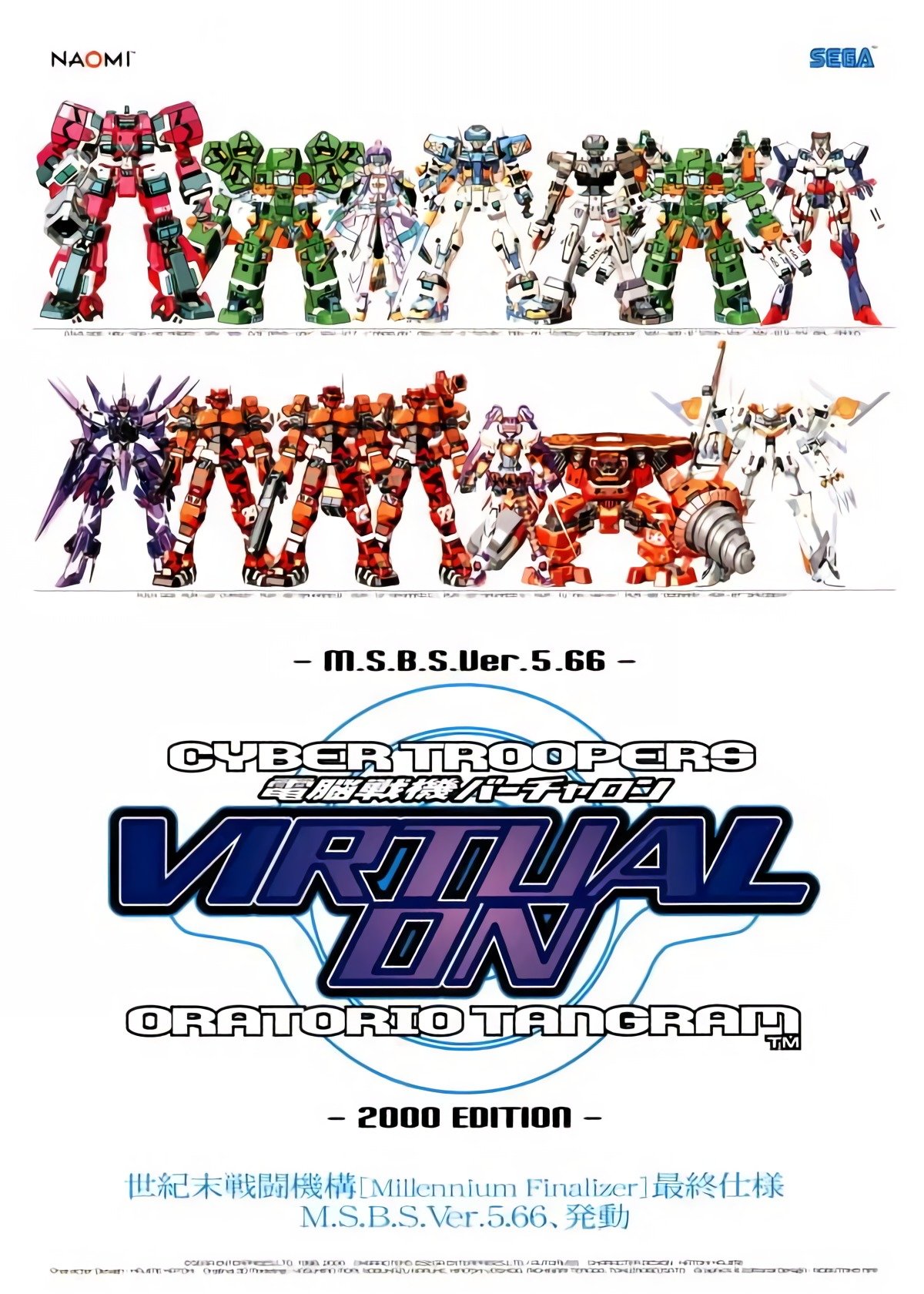 By GambierBae : May 19
The sequel to the wildly popular arcade fighting game Virtual-On comes to the Sega Naomi arcade system in this perfect, detail-by-detail version. You won't believe how exact, how frenetic and explosive it is! Giant virtuaroids rule the arena, each with a unique weapons array and thirst for destruction. And with only one thing in mind--your extinction.

The game is set in the distant future where a mysterious gate has been discovered and has been used to create massive battlesuits known as Virtuaroids. There are nine plants linked to the gate. Their owner has mysteriously disappeared and has given two rival corporations ownership of the factories. They are now battling for control over all the plants.

Fight as a giant Virturoid in a one on one battle to the death. There are 11 different virtuaroids each with a different array of weapons and skills. Player duels across a wide range of environments ranging from space stations to undersea bases.