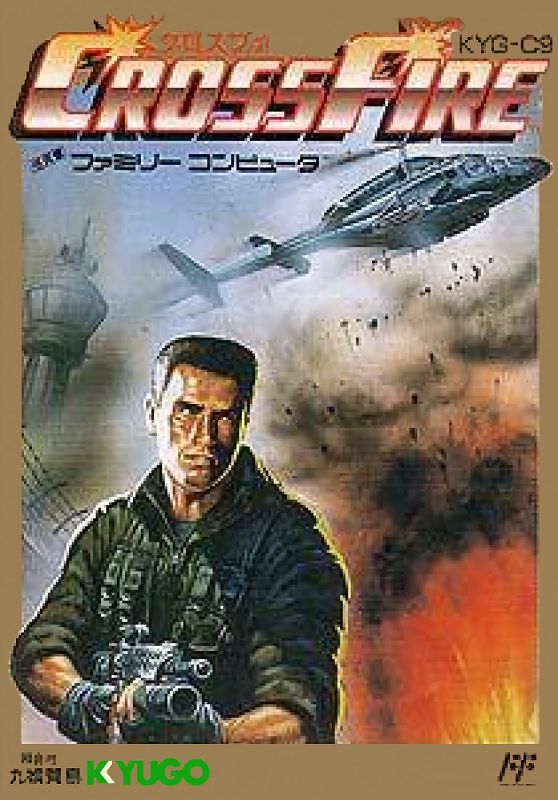 CrossFire is a side-scrolling run-and-gun somewhat reminiscent of Contra series, although played at a slower pace. All that is known about the plot is that you are Eric the soldier and you single-handedly fight evil all over the world, from Vietnam to Colombia. You start with your fists and grenades, but soon obtain a sub-machine gun which can be upgraded to spread shot and even to rocket launcher. The upgrades are usually located in breakable crates. Unlike most Contra games, Eric doesn't die in a single hit, but has a lifebar which is partially replenished or extended every time he picks up a weapon upgrade or a medal.

Thanks to JONNYVILLA2088 for this translation.