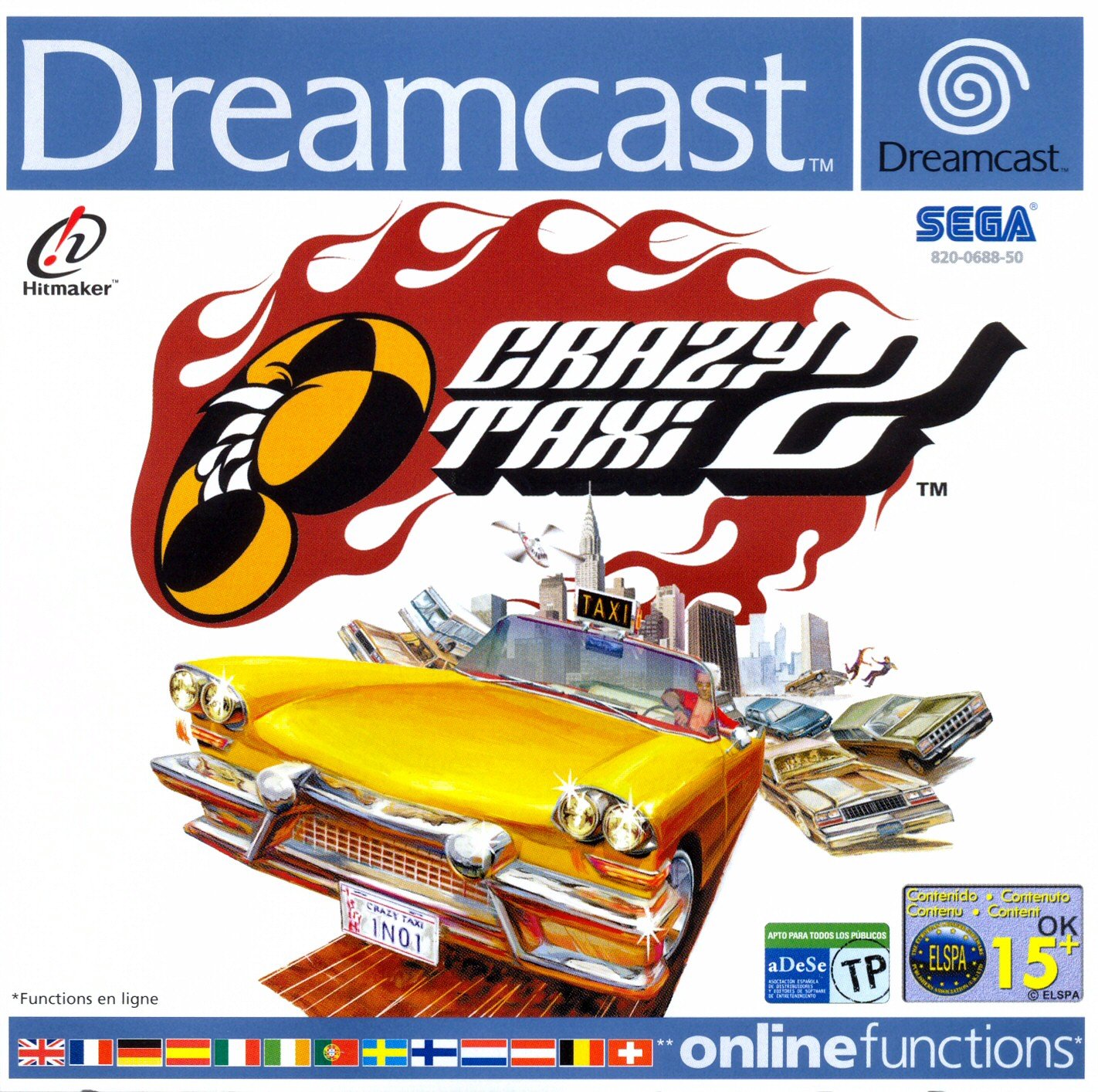 The sequel to the smash hit Crazy Taxi puts you in the drivers seat once again with 4 new drivers to choose from, and a brand new city to wreck havoc with, New York City.

In Crazy Taxi, you crashed your taxi through the streets as fast as possible, making money by performing stunts and picking up/dropping off passengers to certain destinations. For Crazy Taxi 2, you can pick up more then one passenger at a time, meaning more money faster, new stunts including the 'hop', which allows you to hop over buildings and take the quick route past the traffic, and plenty of mini games, such as Crazy Golf.