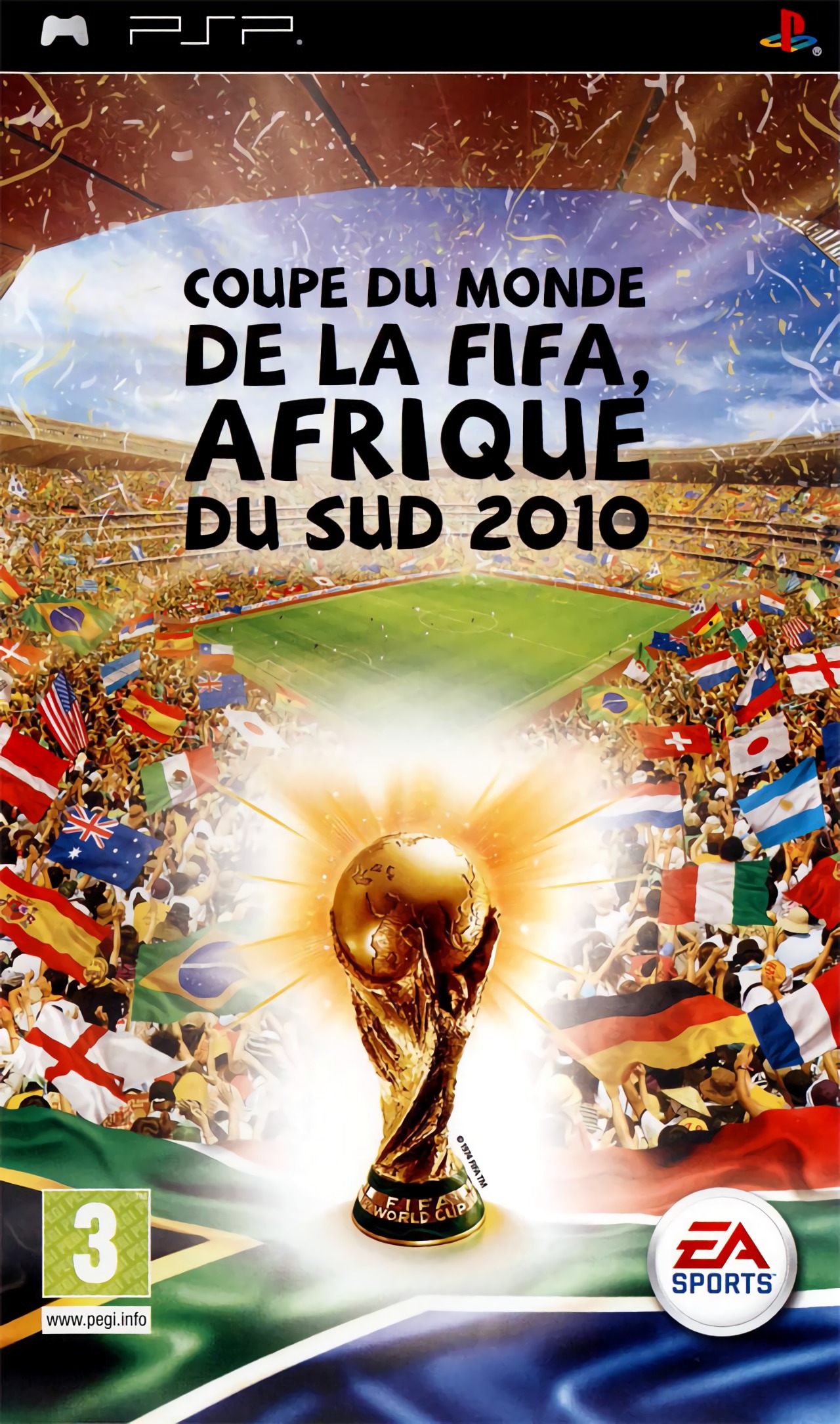 Experience all the emotion and passion of the world's fiercest national rivalries as you live the dream of competing for the 2010 FIFA World Cup South Africa. Take on the challenge of leading your home nation from qualification right through to a virtual re-creation of the final with all the pageantry, drama and excitement of the official tournament. Spectacularly presented in true-to-life detail, EA SPORTS 2010 FIFA World Cup South Africa features all 199 national teams that took part in qualification and all 10 official licensed stadia to be showcased in South Africa.

The 2010 FIFA World Cup puts the journey from qualification to the final tournament in your hands on PSP. Customize the strategy and tactics of each national team to mirror the way they play -- or the way you want them to play -- in real life.

For the first time on PSP, create yourself in-game, wear the shirt of your national team and step onto the pitch in Captain Your Country. Compete with your virtual pro in Friendlies and Qualifiers to win your place in the full team, earn the captaincy, and then lead your nation in South Africa. Experience the thrill of scoring the winning goal in the FIFA World Cup Final and become a national hero.

A new shooting mechanic provides players with the ability to become a dangerous dead ball striker. Now you have total control over the spin on the ball for pin-point accuracy during corners and free kicks. Plus, dominate your opponent, build momentum and earn power boosts that will propel your squad to victory and the 2010 FIFA World Cup championship.

- Win the 2010 FIFA World Cup - Compete as one of 199 teams from qualification right through to a virtual reproduction of the 2010 FIFA World Cup Final. Play in any of the 10 official stadia that come to life with the pageantry and festivity of the 2010 FIFA World Cup.
- Captain Your Country - Play as yourself or choose to control an individual real-world player and attempt to lead your favourite nation to the FIFA World Cup Final. Watch yourself rise up and your global player ranking increase as you improve from B-team player to earn the captaincy of your country and the right to lead your nation on to the pitch in South Africa. A unique camera angle keeps both player and action in focus, zooming in when you're on attack.
- Spectacular Presentation: 2010 FIFA World Cup South Africa comes to life in spectacular fashion with all the emotion and pageantry of the official tournament, including all 10 official licensed stadia. Experience confetti cannons, streamers, seat cards, flags and fireworks as if you were in South Africa.
- New Shooting Mechanic -- Utilise the analogue cursor for total control over the ball and more precise shots during set pieces. Strike the ball with the finesse needed to curve it around the wall and past the keeper for the game-winning goal.
- Golden Moments-Dominate your opponent, build momentum and earn a power boost that will propel your squad to victory. Choose the right time and the right way to boost your team -- offense, defense, the entire squad or just your goalkeeper to prevent your opponent from rallying from behind.
- Authentic Stadiums - Compete in all 10 official stadia of 2010 FIFA World Cup South Africa.