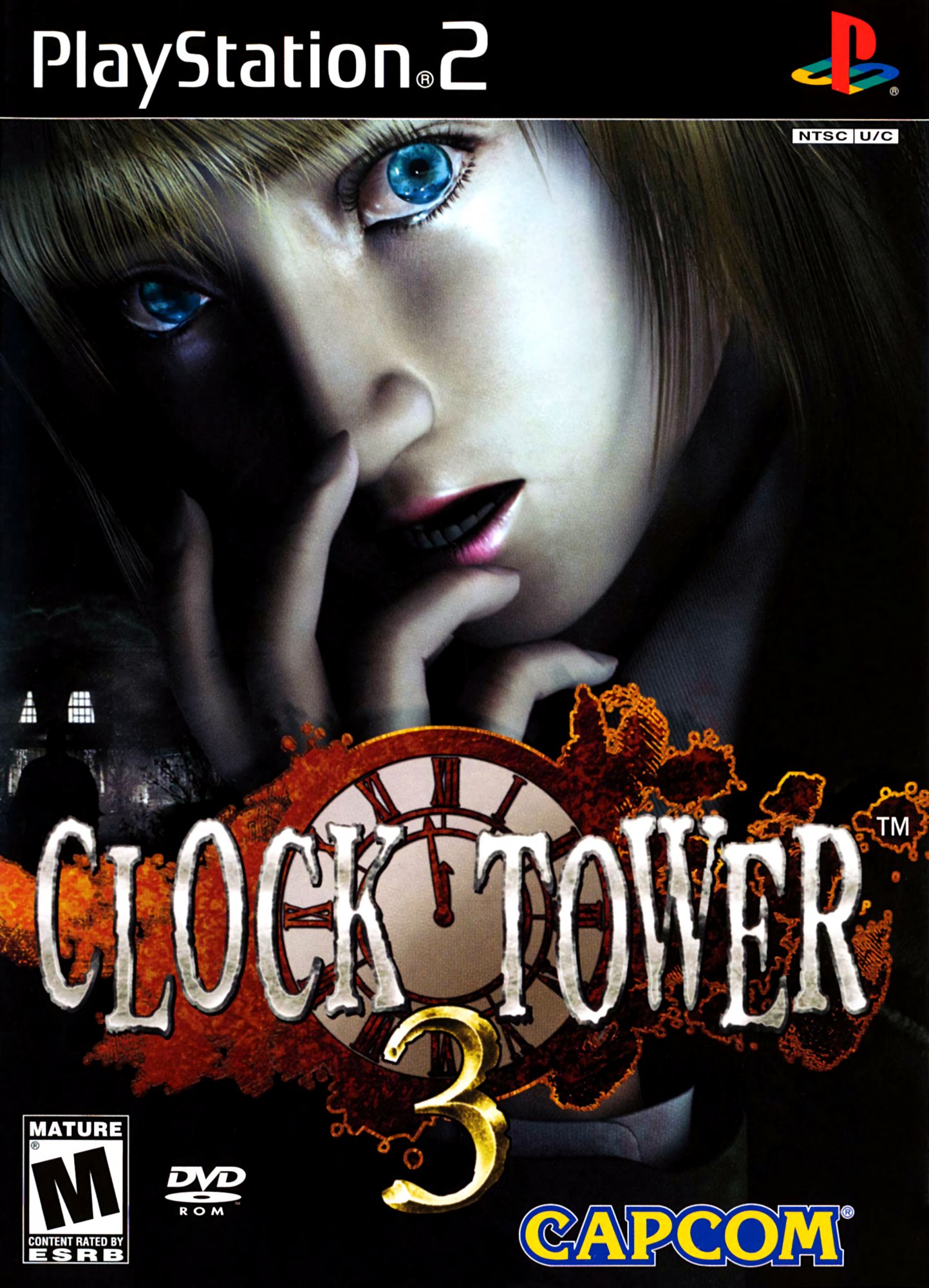 Clock Tower 3 is a survival horror action adventure in which you play as Alyssa, a girl approaching her 15th birthday. She is summoned home from boarding school because of a mysterious letter from her mother. When she arrives, her mother is gone and only a scary stranger is there to greet her. Alyssa is about to inherit a great power, and the mysterious stranger, who is closely related to her but keeps his identity hidden at first, is out to get it.

But before she does so, Alyssa must pacify a couple of souls in her adventure, who needs to be laid to rest, by returning to them items of sentimental value. Even though they are dead, she has the ability to interact with them and bring them happiness in the end. However, in order to do so, she will have to uncover clues that piece their stories all the while being chased by serial killers which killed those who she is trying to help. During her search and exploration, she cannot directly fight the serial killers, but will have to look for places to hide or try to outsmart them, stun them or evade their attacks since outrunning and outgunning them is not an option.