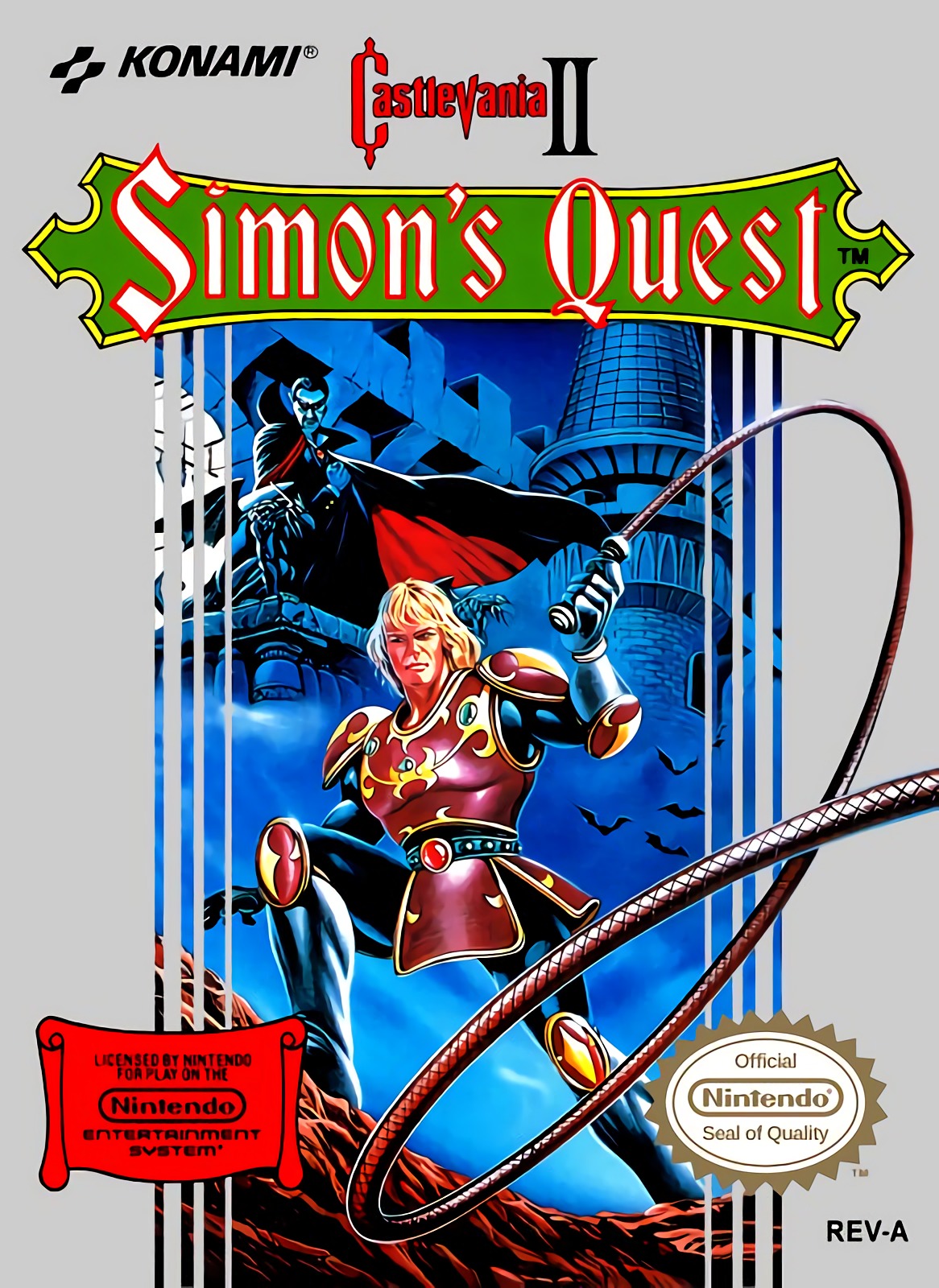 Castlevania II: Simon's Quest is the second game in the Castlevania series. After the vampire killer Simon Belmont destroyed Count Dracula in the previous game, an evil curse possessed him. The only way Simon can break the count's curse is to find five of Dracula's body parts (which are mysteriously strewn throughout Transylvania) and burn them.

Gameplay-wise, Simon's Quest is quite different from its predecessor, combining side-scrolling action and platforming with strong role-playing elements. The game does not feature the traditional stages but allows the player to freely roam the land of Transylvania in the style of Nintendo's Metroid. The game world is divided into outdoor areas, dungeon-like mansions containing crucial quest items, and towns, where Simon can talk to non-player characters, rest, and buy items in shops. Some areas can only be accessed by equipping and using specific items that must be bought or found.

The RPG elements are present in character growth, monetary system, and weapon upgrades. Simon's initial whip can be replaced by more powerful variants that can be purchased in various towns. Hearts are used as currency in the game and are obtained from defeated enemies in different quantities. The same hearts also function as experience points: after Simon has accumulated a set amount, he levels up and his attributes are increased.

The game features a day and night cycle that occurs at accelerated pace in real time. At night, enemies inflict more damage, but also drop more hearts upon defeat. Shops are closed during nighttime, and townspeople are replaced by wandering zombies.