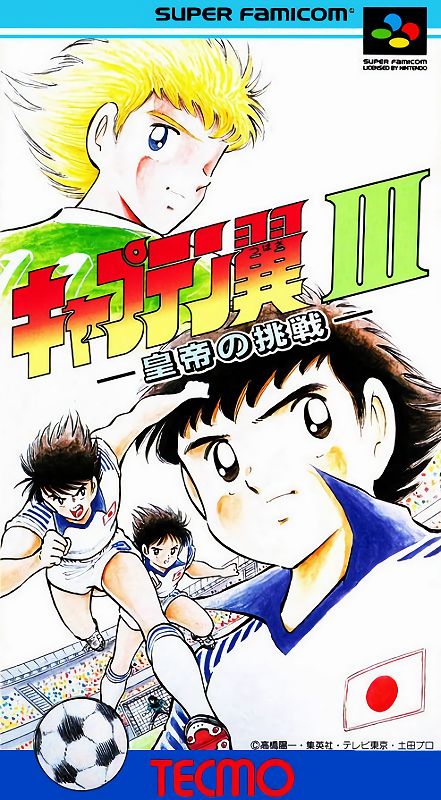 Captain Tsubasa 3: Koutei no Chousen was released in 1992 by Tecmo for the Super Nintendo Entertainment System console. A graphical update of the previous Family Computer video games, it also includes new features like a map of the pitch at the bottom of the screen. The video game was never released outside Japan so English versions of the game are very hard to find.

Thanks to S-P-E Team for this translation.