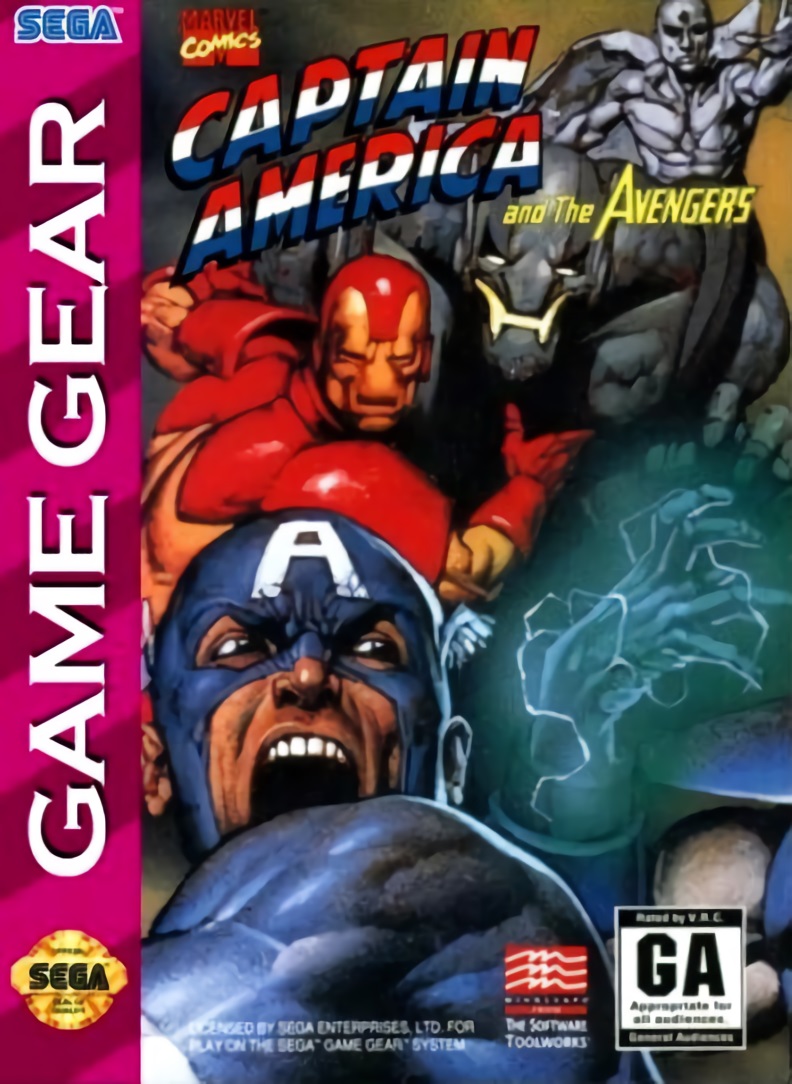 By RomStation : November 5, 2010
Captain America and the Avengers is a one- to four-player (simultaneous) side-scrolling beat 'em up in which four Marvel Comics licensed heroes (Captain America, Iron Man, Hawkeye and Vision) take on the evil Red Skull, who, by assembling a team of super-villains, seeks to conquer the world.