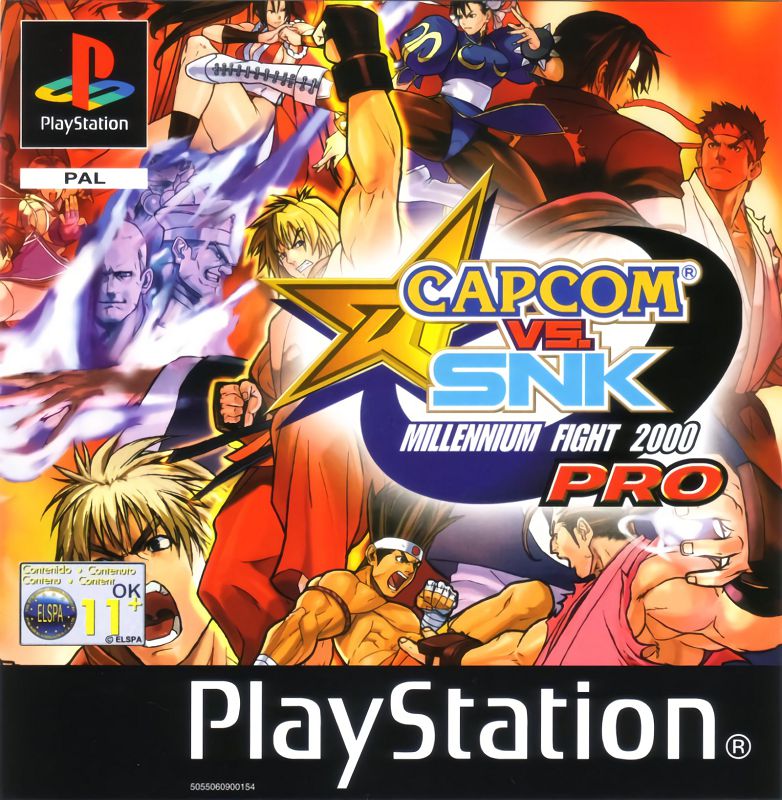 Two monster corporations at war. One solution. A massive martical arts event is organized to settle the score and eliminate all conflict between the two parties. Join over 30 brawlers from Capcom's legendary Street Fighters and SNK's world-renowned The King of Fighters series as they fight for universal domination.

The original Capcom VS SNK gets an home exclusive upgrade with CVS Pro. New additions include Joe Higashi of SNK fame and Capcom's own taunt-master Dan Hibiki, added moves for existing characters, and new modes of play.

A special version was created for the PSOne, with redone graphics and slightly refined speed and play.